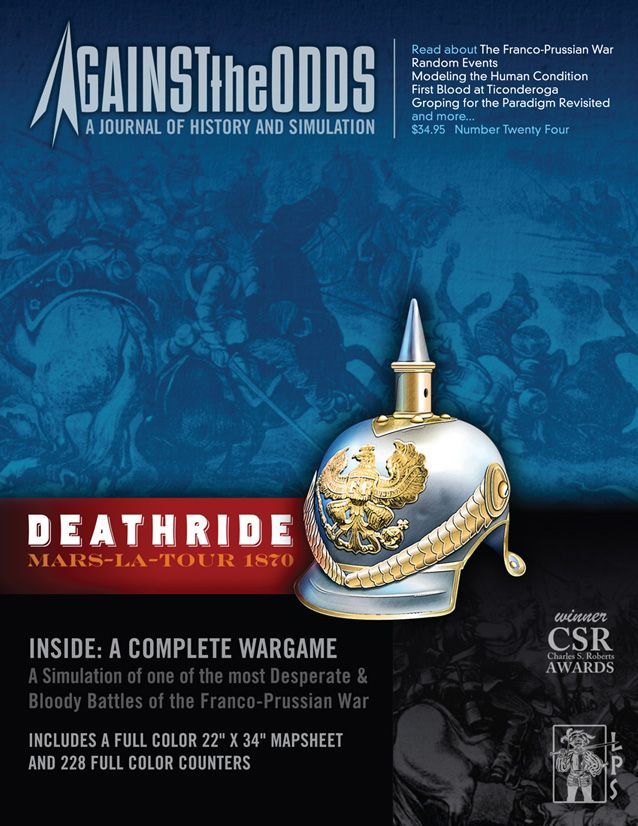 “Not everyone can command an army of 140,000. It is difficult to manage when one is not used to it” Maréchal Canrobert during the trial of Maréchal Bazaine Death Ride covers the battle of 16 August 1870 between French units of the Imperial Armée du Rhin seeking to retreat west from Metz, and German Confederation forces seeking to deny the French escape by turning their southern flank. Neither side was fully aware of the other’s position. Faced with the unknown both armies conformed to type with the French defending strongly and the Germans attacking. For once, though, the French far outnumbered the Germans. As a result a heavily outnumbered German army was forced to make a series of attacks to prevent the French discovering its weakness and to deny the French their retreat to the west. Had the French pushed the Germans aside they would have been able to combine their armies and possibly protect Paris. They might also have avoided the collapse of the Bonapartist cause. This version appeared in Against The Odds magazine #24 Full color 22"x34" map 140 full color die-cut 1/2" and 88 5/8" counters Rulebook length - 16 pages Complexity - Low Solitaire Suitability - Medium Playing Time - 4 hours Design - Charles Vasey Development - Paul Rohrbaugh Graphic Design - Craig Grando