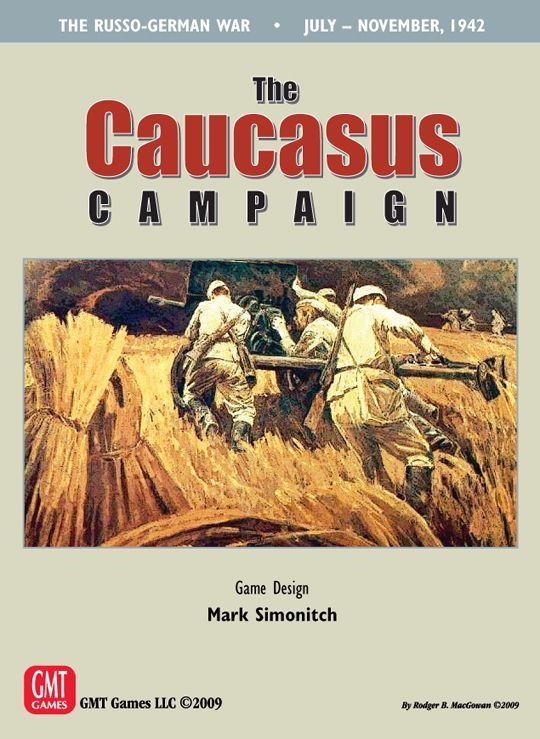 The Caucasus Campaign: The Russo-German War - July - November, 1942 In late July of 1942, Hitler sent two strong armies south across the Don to seize the fertile Kuban and the oil of the Caucasus. Germany's 17th Army and 1st Panzer Army steamrolled over all opposition until they reached the mountains. There the Russians slowed and then stopped the Germans at the outskirts of Novorossisk, on the road to Tuapse and along the Terek River. This infuriated Hitler who then took over personal command of Army Group A and poured replacements and reinforcements into the area that were badly needed at Stalingrad. Eventually 27 Axis divisions were fighting south of the Don. The Axis forces include 2 mountain divisions, 2 light (jäger) divisions, an SS motorized division (Wiking), and 3 panzer divisions -- two of which had three tank battalions while many on the east front have only one. The German army is accompanied by 1 Slovakian and 7 Romanian divisions. The ranks of the Soviet army in the Caucasus is filled with Armenians, Georgians, Azerbaijanis, Cossacks and Turkoman who have questionable loyalty. These divisions are reinforced by Soviet Guard and NKVD units sent across the Caspian, and by Soviet Naval troops stationed along the Black Sea. The Caucasus Campaign is a quick playing, moderately complex game with large hexes and easy-viewing 5/8 counters. The game system is based on the classic Igo-Ugo/movement-combat-exploitation system, but modified with elements from Ardennes '44 (specifically: Determined Attacks and Defense and unit morale). The tournament scenario (6 turns) can be completely in roughly 2 hours. The full game is 14 turns long and can be finished in one sitting (approximately 5 hours). Game Scale: Game Turn: 1 week Hex: 18 miles / 29 kilometers Units: Regiments to Divisions Game Inventory: One 22 x 34" full color map One & 1/2 dual-side printed countersheets (264 5/8" counters) One 24-page The Caucasus Campaign rulebook Two dual-side printed Player Aid cards Ten small plastic baggies One 6-sided dice Solitaire Playability: High Complexity Level: Medium-High Players: 1 or more Playing Time: 3-6