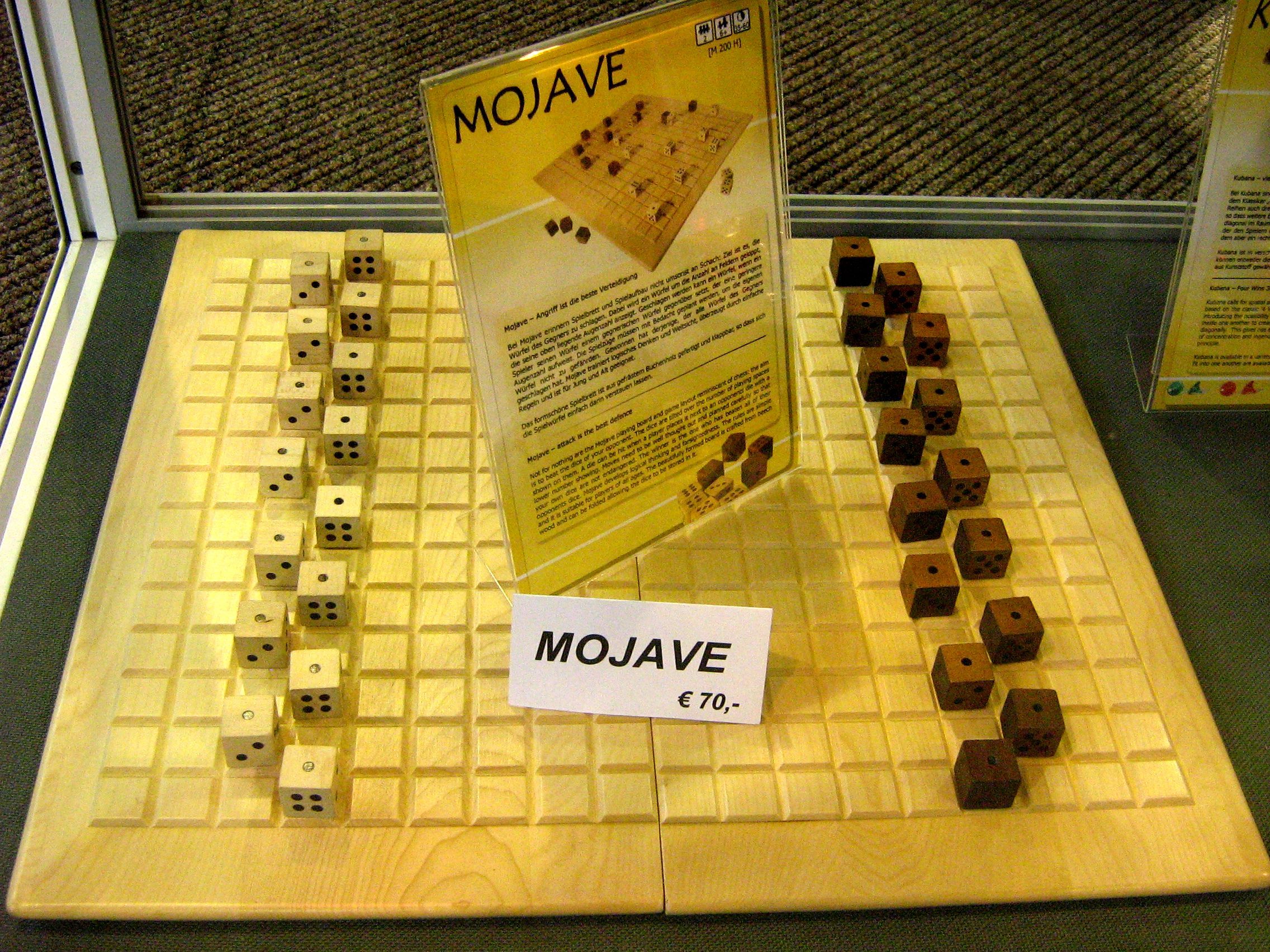 Played on a grid of 15 x 15 squares. Playing pieces are 6-sided dice with "normal" numbers. Each players have 15 of these, placed in the 3rd and 4th row for the start in a fixed position and orientation. Players move one of their dice each turn, as many fields as the number on the top of it, in every direction and the possibility of changing the direction once orthogonally. While moving, the die is tilted with each step on the next side. If a die is placed adjacent to one or more dice of the opponent, it captures them, if its number is higher than the sum of the opponent`s, or the other way round. To win the game, you have to capture all your opponents` dice.