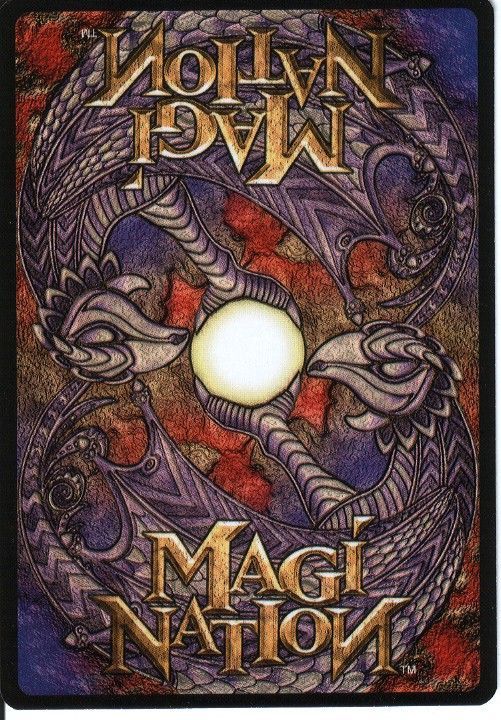 Collectible Card Game in which players are "Magi" using their powers to summon creatures to battle for them. Similar to Magic: The Gathering in many ways, except there are no "lands" or similar methods of generating magical power. Instead, players siphon power from their Magi or their monsters to perform attacks or put cards into play, thus controlling just how many powerful cards a player can attempt to unleash in a single turn. (in essence, you must sacrifice your own creatures to fuel more powerful attacks and techniques). The game was meant to target an audience of those that felt Pokemon was too much a kids game, but not ready to jump into the highly competitive (and 'older' target audience) of Magic: The Gathering. The concept also spawned a not-so-successful cartoon series and Game Boy Color video game. Starter decks include all the required counters, a six-sided die, quick reference player aids, and a play mat.