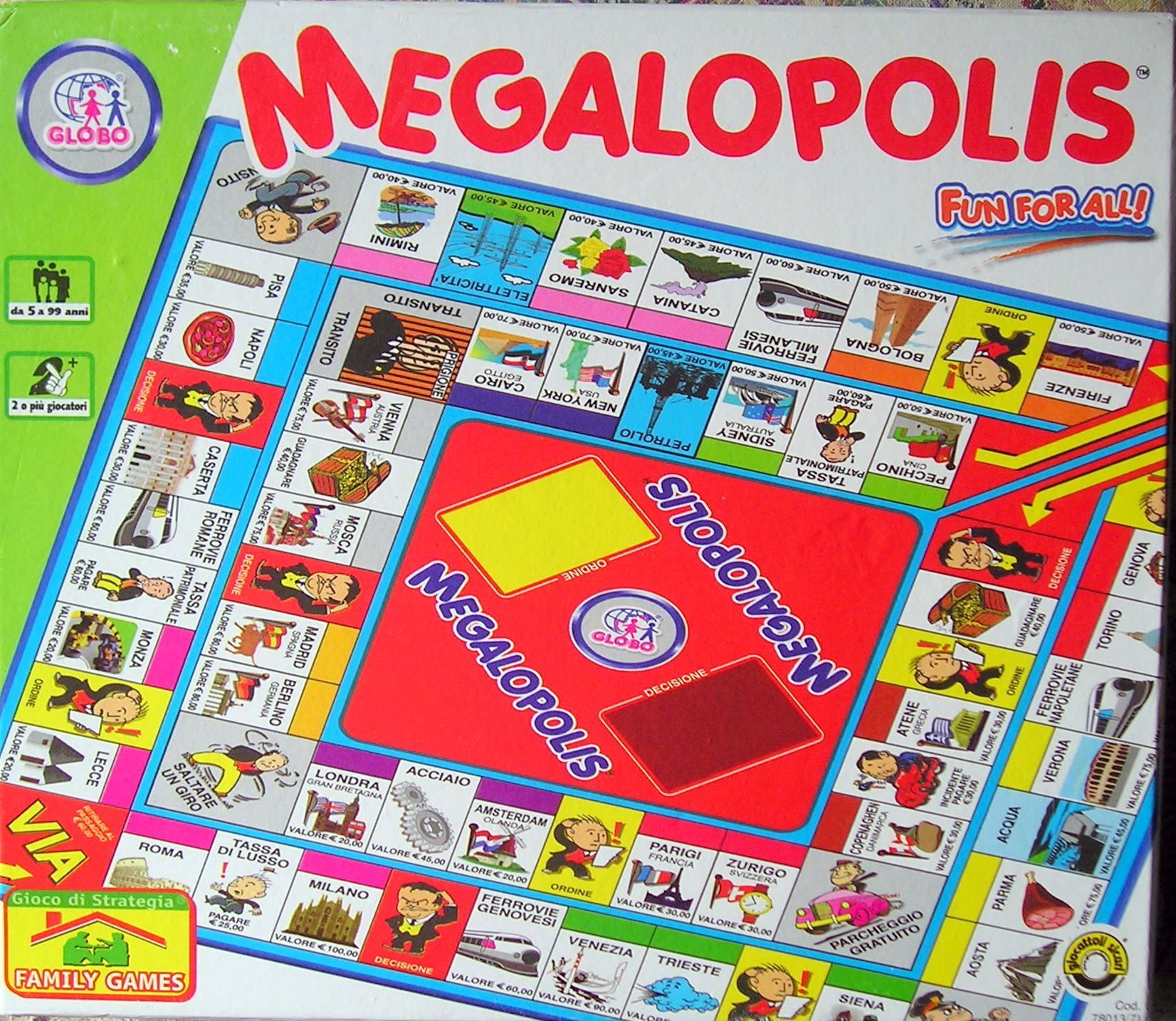 A sort of Monopoly clone developed and produced by Globo Giocattoli. Differs from the classic Monopoly for the names of the various "properties" (replaced with the names of cities, such "Rome", "London" and so on, grouped by country). Also, the player range is different, allowing for a maximum of 8 players instead of 6. A portable version of Megalopolis has also been released by Globo Giocattoli: this version is for 2-4 players and is contained in a small plastic wallet which can be brought around easily. Rules are almost identical to the ones in Monopoly, with the exception of some small differences.