Duel in the Dark: The Walls Have Ears - Universal Statistics 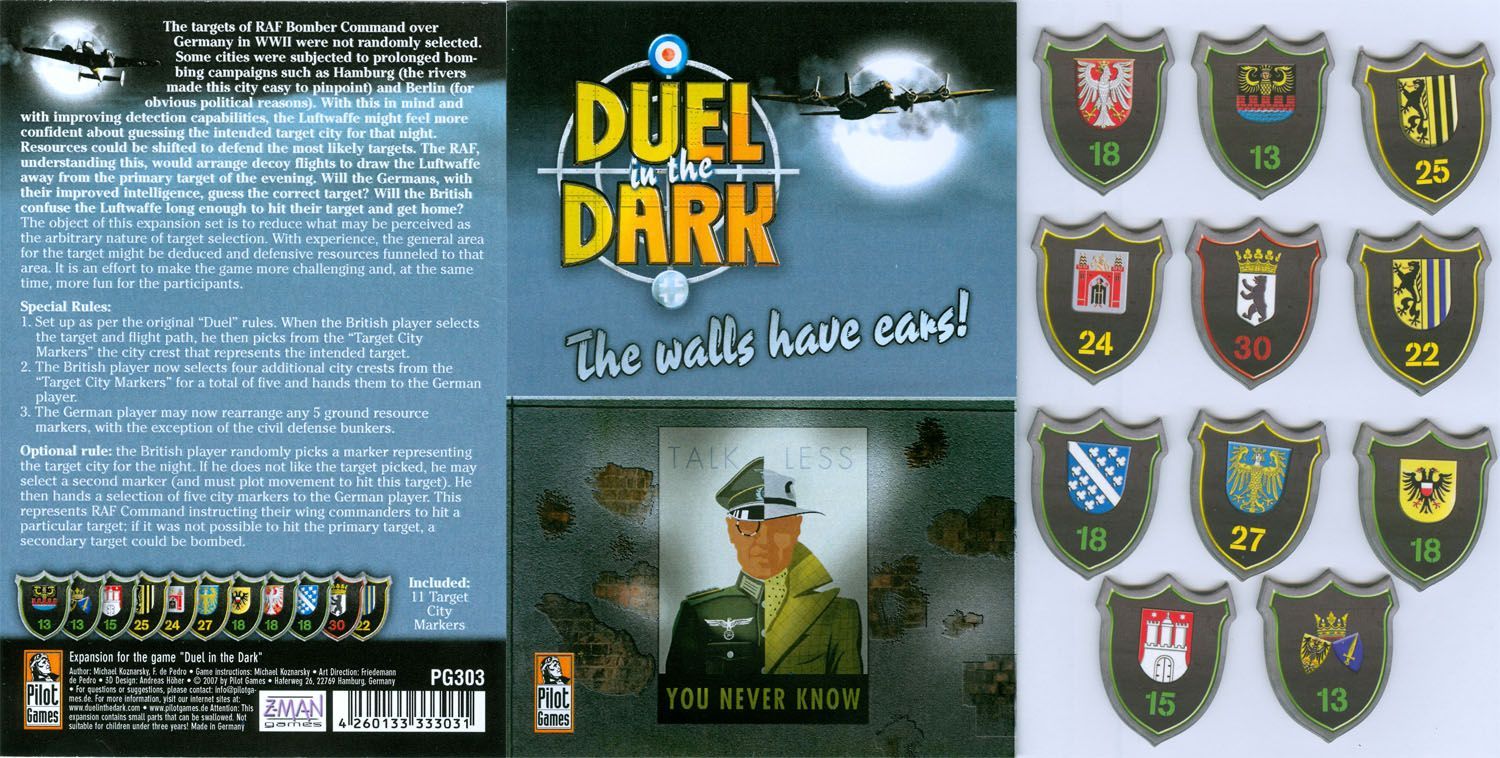 Includes 11 city crests and the following rules: 1. Set up as per the original "Duel" rules. When the British player selects the target and flight path, he then picks from the "Target City Markers" the city crest that represents the intended target. 2. The British player now selects four additional city crests from the "Target City Markers" for a total of five and hands them to the German player. 3. The German player may now rearrange any 5 ground resource markers, with the exception of the civil defense bunkers. Expands: Duel in the Dark