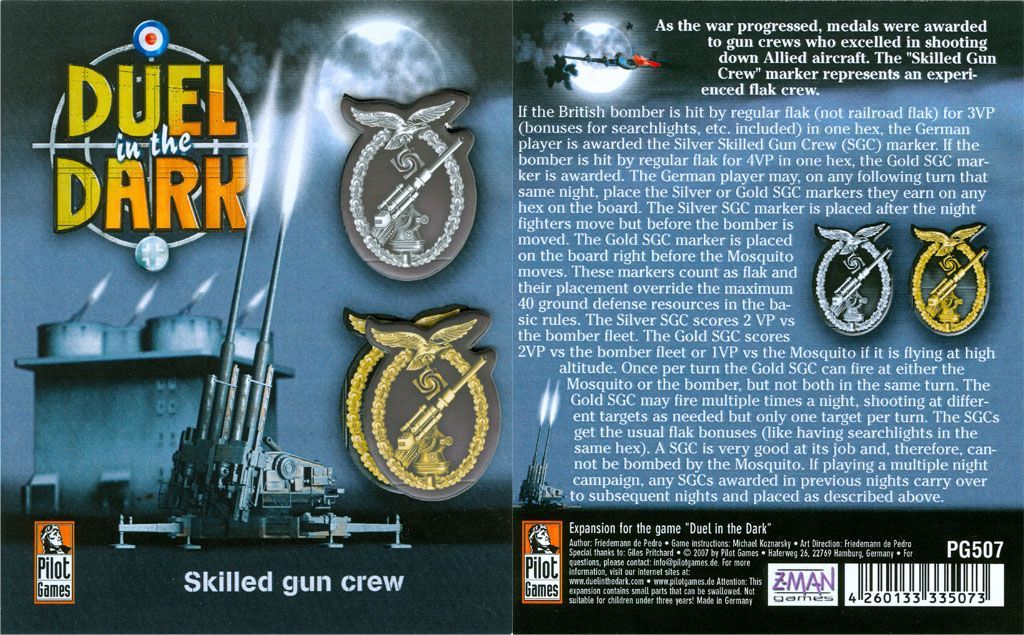 As the war progressed, medals were awarded to gun crews who excelled in shooting down Allied aircraft. The "Skilled Gun Crew" marker represents an experienced flak crew. Skilled Gun Crew markers are awarded for scoring victory points against a bomber crew in a single hex (3VP for a Silver marker, 4VP for a Gold marker). These markers can be placed on a subsequent turn; the markers count as flak and their placement overrides the maximum 40 ground defense unit limit in the basic game. Expands: Duel in the Dark