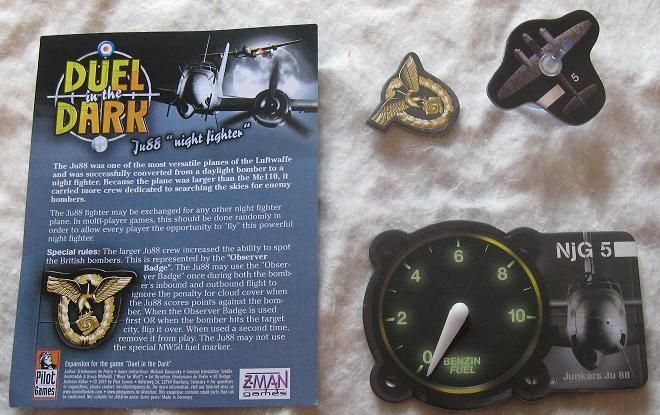 The Ju88 fighter may be exchanged for any other night fighter plane. The larger Ju88 crew increased the ability to spot the British bombers. This is represented by the "Observer Badge". The Ju88 may use the Observer Badge once each during the bomber's inbound and outbound flight to ignore the penalty for cloud cover when the Ju88 scores points against the bomber. The Ju88 may not use the special MW50 fuel marker. Expands: Duel in the Dark