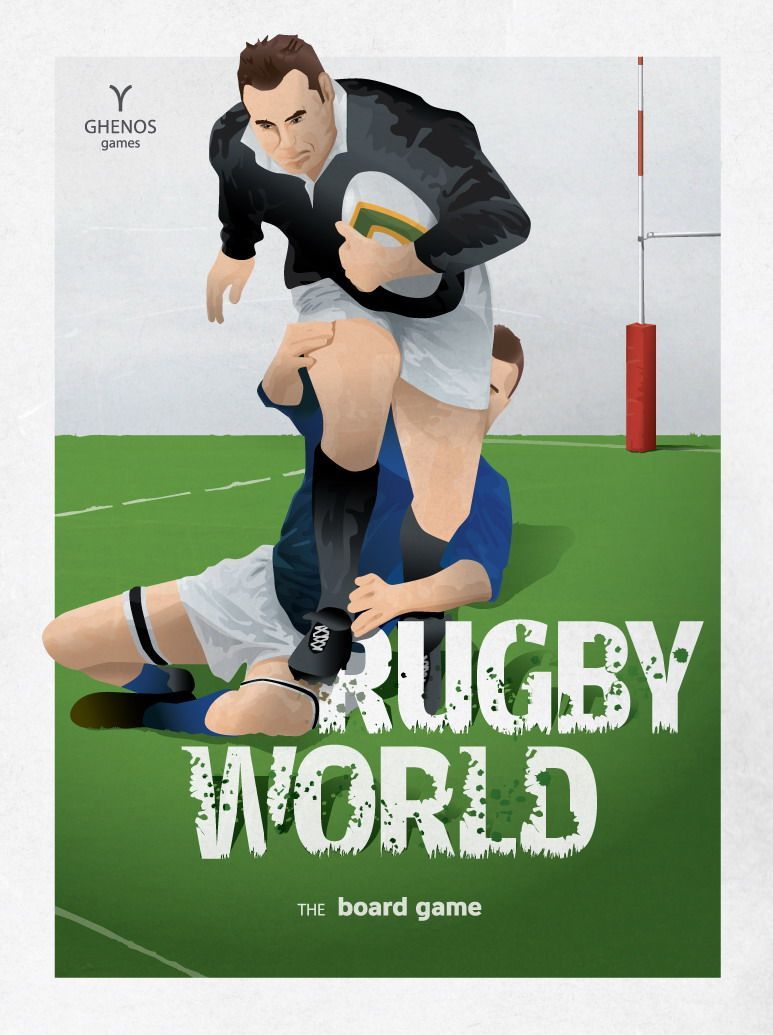 Released at Essen 2007, Rugby World is a pretty realistic simulation of a hooligan's game played by gentlemen (while football is gentlemen's game played by hooligans). Like Bolide, it uses a vector movement system for the primary ball carrier, but also has a free placement system for other team players, allowing a flowing recreation of the sport. 16 teams are included in the box, including Germany, but also the top Northern and Southern hemisphere teams. Each team has four special abilities that can be played during the game to gain a one-time benefit, reflecting that team's real-world preferred playing style. Box contents: board, 16 teams (15 players each, with relating tokens), 1 oval card stand to be used as the ball, 64 special cards, 1 twelve-sided die, 1 six-sided die, 30 clear card stands