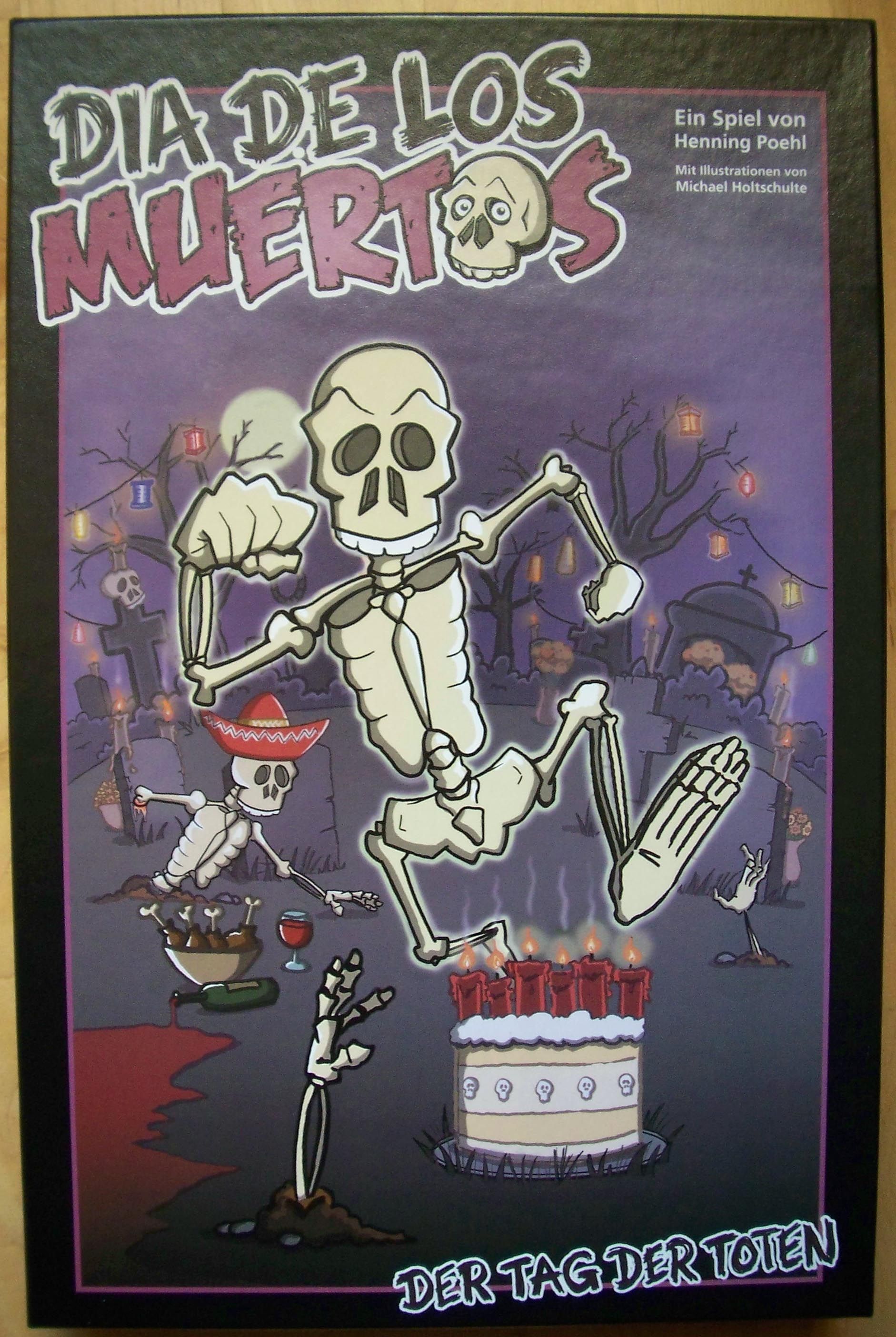 On the Mexican "Dia de los Muertos" some skeletons are out of their graves and want to party with the living. However, they have to get back to their graves in time, always in danger of losing their bones to the watch dog or their fellow skeletons. The game is played on a board depicting the graveyard. Each player's skeleton has to travel a round course, collecting party event cards on the way. No skeleton can return before a certain amount of party events have been collected altogether. The skeletons are moved with cards, which can be either played as movement points or as actions. Movement points can be used to move the player's own skeleton or the graveyard's dog. The skeletons loose a random bone if the dog encounters them. Actions can for example result in one of the other players loosing a bone or a special movement of the player's own skeleton. The actions also typically have some prerequisites, like having a leg remaining, or being within a certain distance of another skeleton. Points are awarded for the position in the race back to the starting point and for collected party events. Winner is the skeleton with the most points.