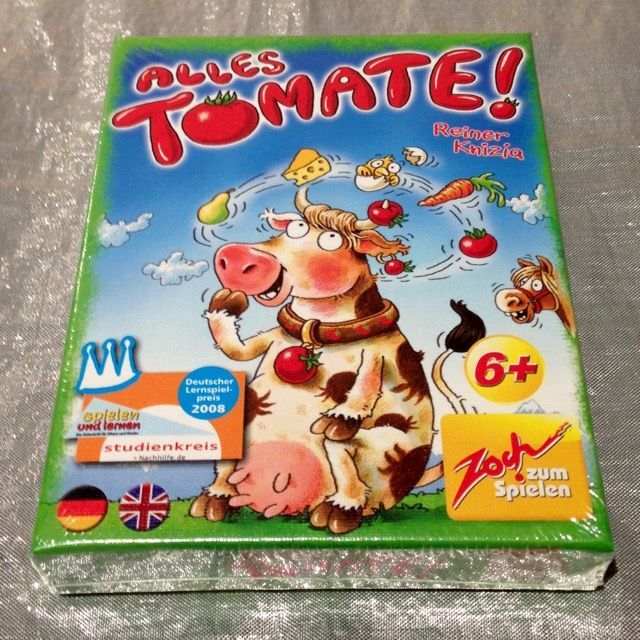 Alles Tomate! – and the subsequently rethemed spin-off games Alles Trolli! and Alles Kanone! – are memory games with identical game play while the theme changes from barnyards to travel to pirates from one edition to the next. In Alles Tomate!, players are farmers who keep forgetting where they put their belongings. To set up the game, seven topic cards with different colored backgrounds are laid out. The yard card deck consists of 49 cards – seven each with one of the seven background colors, with each card showing a different image. One card of each background color is laid out below the appropriate topic card, which depicts the seven images in that color. Each player tries to memorize the cards, which are then turned face down. On a turn, one player reveals a yard card and the first player to name the yard card of the same color currently face-down in the display claims that card, with the newly revealed card put in its place. If two players name the card at the same time, each player claims a card with extra drawn off the deck as needed; if no one names the card, the face-down card is placed back in the deck while the new card is put in its place. When the yard deck runs out, the player with the most cards wins.