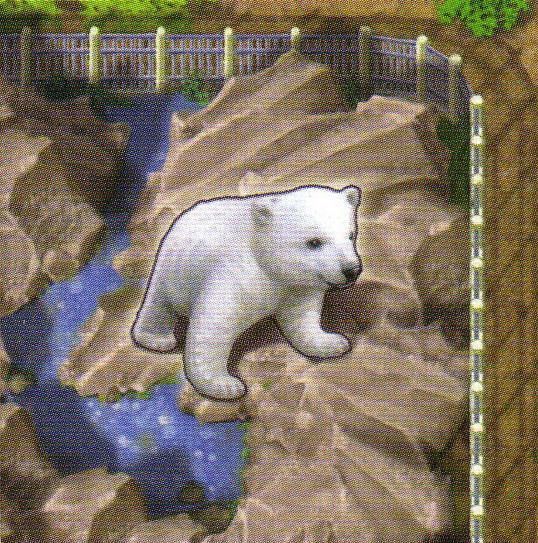 An expansion for Zooloretto, given for free by Abacus at Spiel 2007 in Essen. This expansion consists of 1 tile with a polar bear. Use the normal rules for Zooloretto, except for one rule: the first player to fill his 6-space enclosure takes the polar bear enclosure from the middle of the table. The owner of the polar bear enclosure only loses half the normal points for the tiles he has in the barn at the end of the game. The story behind: In Germany there is a very, very famous little polar bear living in the Berlin Zoo. When Zooloretto was released, everyone asked for him. So the publisher and the author decided to make a little present for all these people.