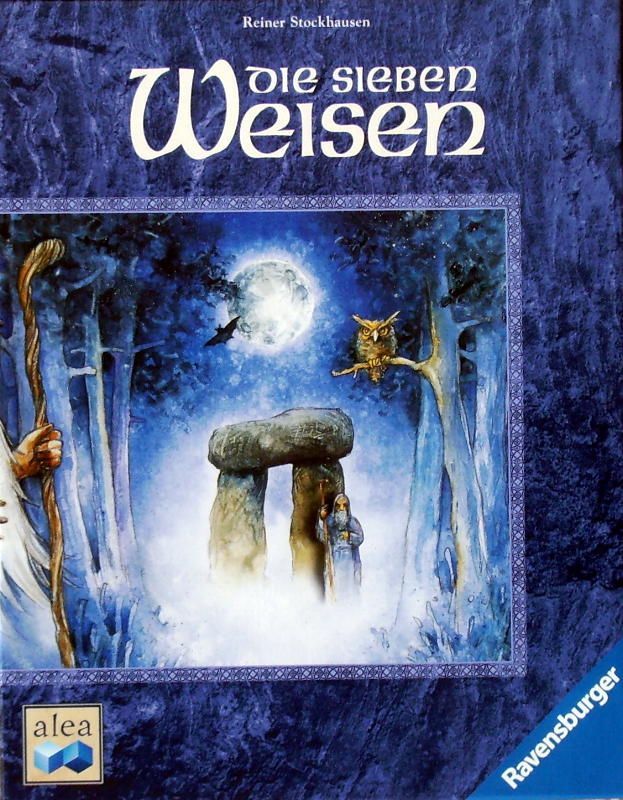 In Die Sieben Weisen (which can translate as "The Seven Magi"), the players form shifting alliances to compete for Crystals, with the player who obtains the most crystals during the game being the winner. Each turn, the 7 roles in the game will be ranked in a hierarchy. Each player then chooses a role. When competing for the crystals later, each player may only play cards for his or her role (suit) or wild cards. Before that, however, players negotiate to form teams, which can involve secret or open negotiations, revealing cards, etc. Once formed, alliance members may freely swap cards amongst themselves. Players then play cards, with the alliance that plays the highest total value winning the crystals. However, the choicest crystals are given to this turns' highest-ranking player, not necessarily the player who played the most/strongest cards. Members of the losing alliance get to draw spell cards, which can affect the outcome of a round. At the end of the turn, new cards are drawn, and another round played. This game is #3 in the Alea small box series.