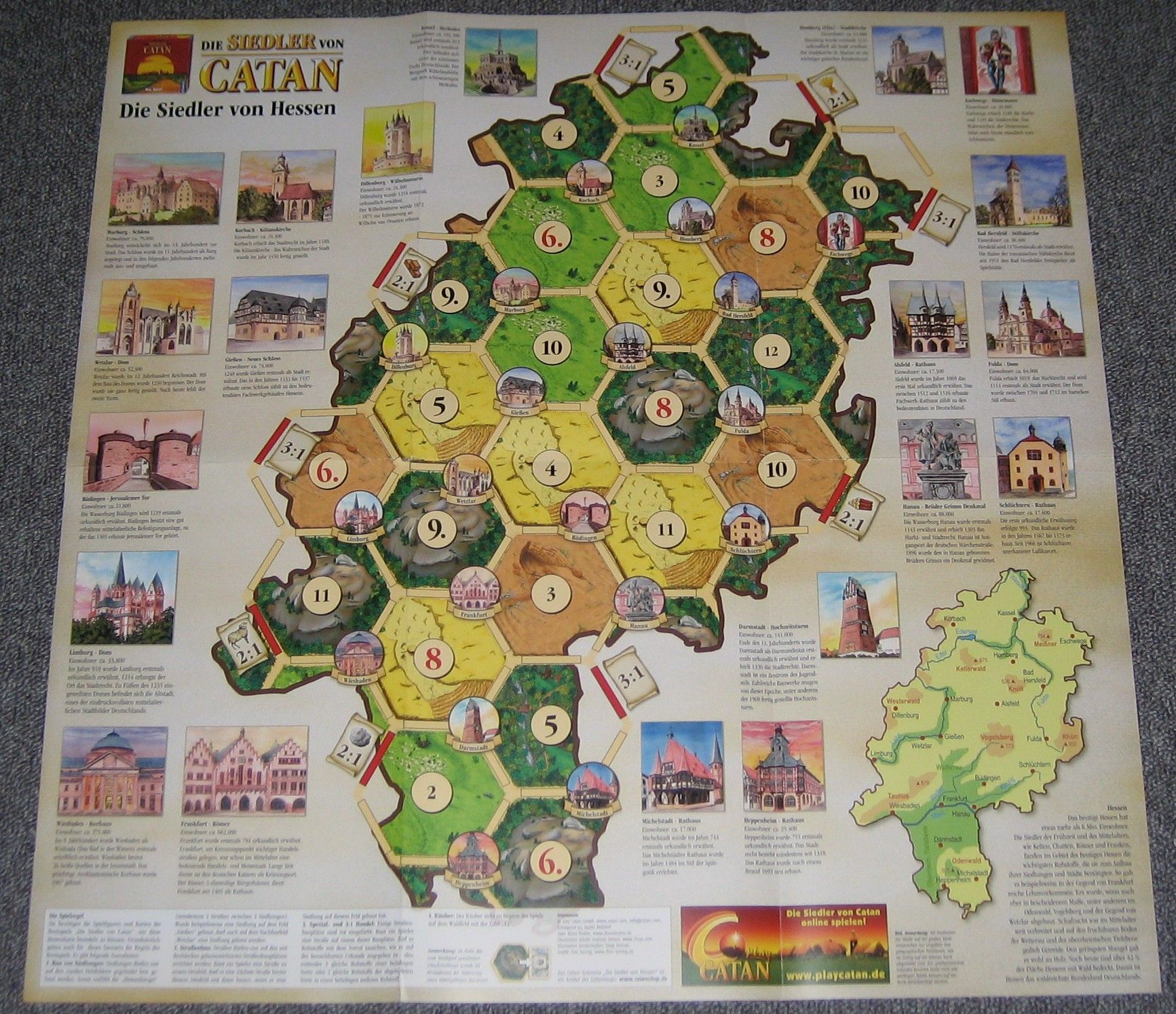 Die Siedler von Hessen (The Settlers of Hesse) is the first in a new series of historical regional map expansions for the venerable Settlers of Catan line. The new line profiles famous regions of Germany during the Middle Ages, when Celts, Romans, and Germans intermingled. Die Siedler von Hessen celebrates the state of Hesse, home to Wiesbaden and Frankfurt am Main. Like Die Siedler von Nürnberg and the other historical expansions, it features a fixed map board. The geographic features (resource hexes) and cities mirror the approximate location of their real-world counterparts. "Harbors" ring the playing field. The rules of Hessen cleave closely to those of standard Catan, with a few departures to keep things interesting. Players may only build cities in the round intersections denoting actual cities. Because some of the cities are only one hexside apart, the spacing rule requiring two roads between settlements is not in effect. Having built a road to a hex with a settlement, one cannot build a road leaving it until one has build a settlement on the hex. Finally, to obtain the benefit of a harbor, it is only necessary to lay a road on the hexside shaded in red. Die Siedler von Hessen is followed in six month intervals with new additions to the map line, each adding a new German region. Next in the lineup are Die Siedler von Rhein, Die Siedler von Pfalz (Palatinate), and Die Siedler von Saar. Part of the Catan Series.