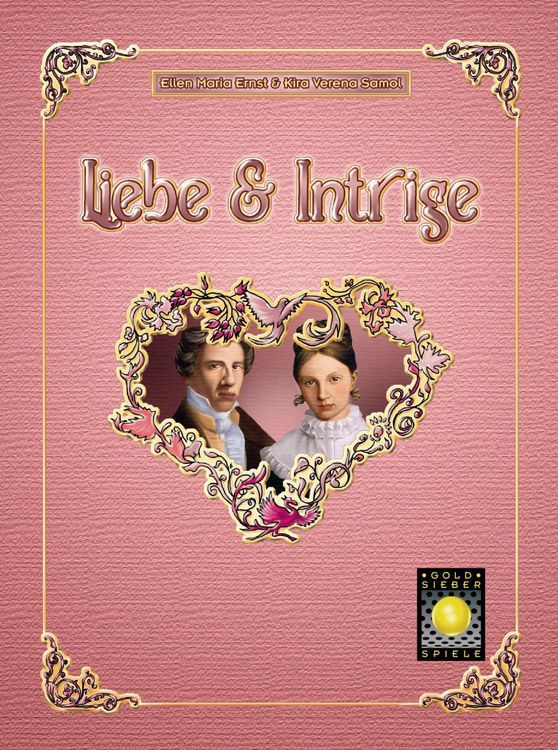 Each player represents a family trying to marry their three daughters. The daughters have three characteristics: Reputation, beauty, and education, all of which may increase and decrease in value during the course of the game. There are 14 gentlemen in the game, each of them demanding a minimum value in each characteristic. A daughter gets married immediately when she has collected three cards of the same gentleman, and meets the gentleman's standards in each of the three characteristics. The game ends when a family marries all of their daughters. Points are scored from husbands, action cards, and also from majorities in each characteristic. The game board depicts different parts of a town, each of them with a different number of available gentlemen cards. A player's turn consists of: 1. Moving to a different region of the town. 2. Doing a region-specific action, or trying to scheme against another daughter in the same region. 3. Drawing an action card. Region-specific actions usually mean choosing a gentleman card from those available, but sometimes also cause changes in a daughter's characteristics. Scheming against another daughter means trying to steal a gentleman card from them, by rolling a die. Action cards can be played anytime during a player's turn, and sometimes also as a reaction to cards played by other players.