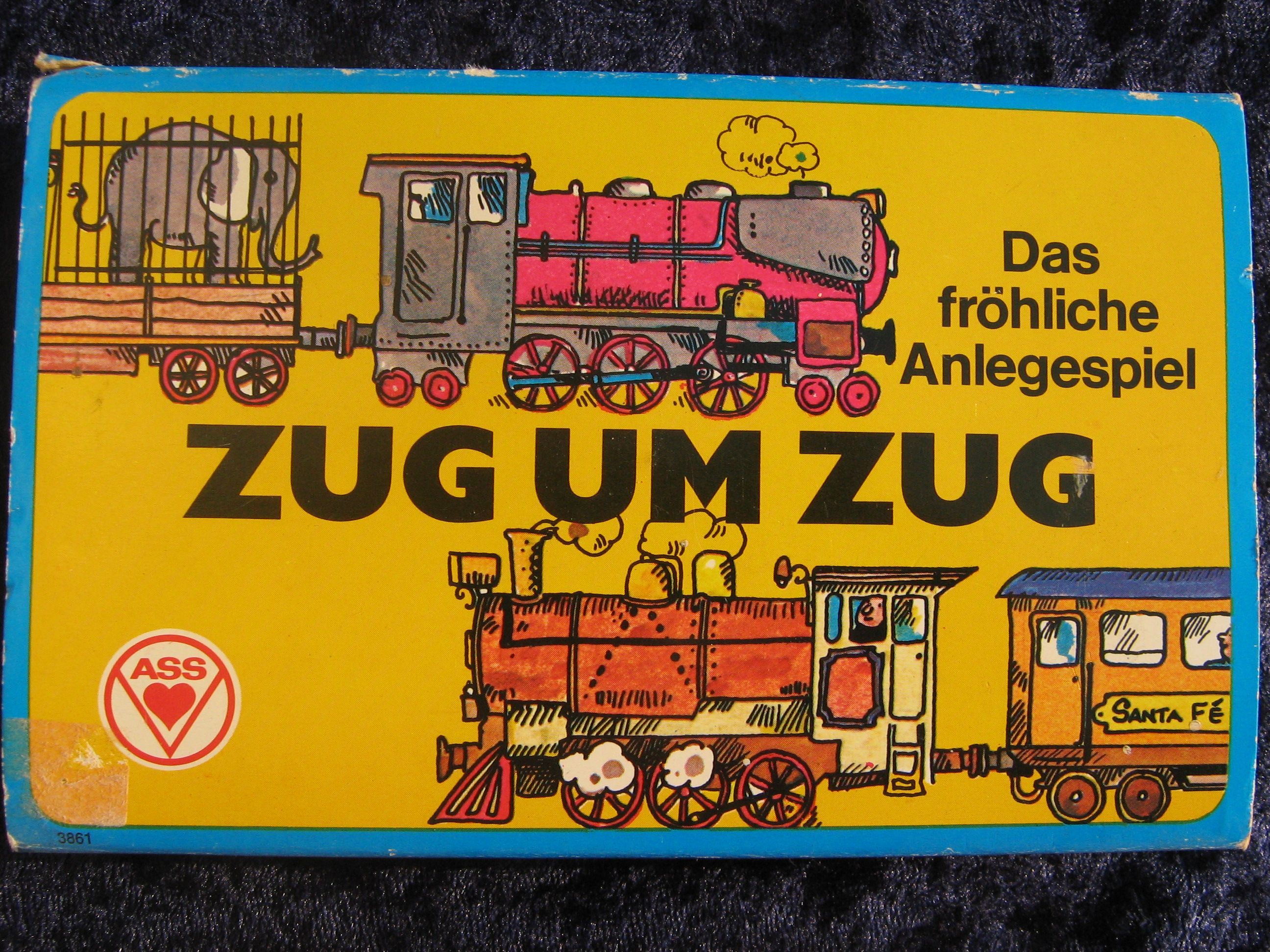 Game consists of 120 cards, depicting 12 different train wagons. Cardbacks show a steam locomotive. Players try to put together trains consisting of the same sort of wagons. Each wagon can be used as loco. If it is a players turn, he can choose to draw 2 cards from the hidden stockpile or 1 card from the open drawpile. Game can be ended by the player who has at least a train with 5 wagons and all other laid out with at least 3 wagons. Trains count from the third wagon onwards, from the sixth double points. If all this sounds familiar to anyone...(look at Express Card game by Mayfair Games!)