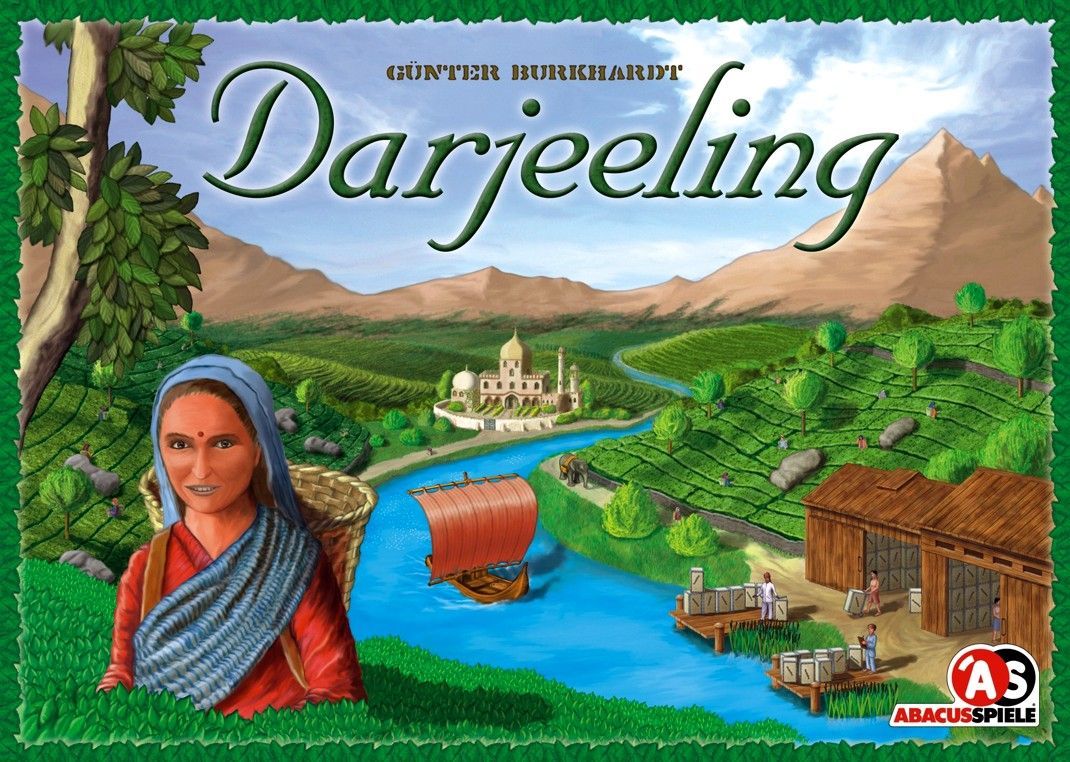 Darjeeling has two main board areas. The first is an array of squares representing one, two or three half-crates of tea in four different varieties (colors). Each player has a marker which moves about in the array, picking up tea at the rate of one square per turn. There are simple rules governing movement in this array and the players compete for the desirable squares. Eventually, several times per game, each player has enough squares of a single color to fit them together so that the half-crates all make whole crates. Now he can make a tea shipment. This pays off in victory points in three different ways. First, there is a "demand" award of up to 6 VP depending on how long it has been since anyone shipped this variety. Second, if the shipment was of at least four crates, there is a flat bonus of 1 VP per crate. Third and most pivotally, there are VP that will be awarded at the beginning of the player's next and subsequent turns. Each tea shipment is represented with cubes of the player's color (not the tea variety color) on a sort of barge. The new shipment of tea is always placed, in the other of the two main board areas, at the top of a column of all the recent shipments (the number of total shipments varying with the number of players in the game), so that as more shipments are made, the old shipments drift farther down the column and eventually out of play. At the beginning of your turn, you look to see where your shipments are in this column, and they pay out VP with better multipliers the higher they still are in the column. This constitutes the driving force of the game, as nobody else wants to see your shipment at the top of the column for several turns in a row. Players thus have an incentive to make a shipment even if they haven't yet assembled a large number of crates. It's a race to 100 points. A runaway leader can easily take over if the rest of the table is not vigilant, so the best games of Darjeeling are those among vigilant players.