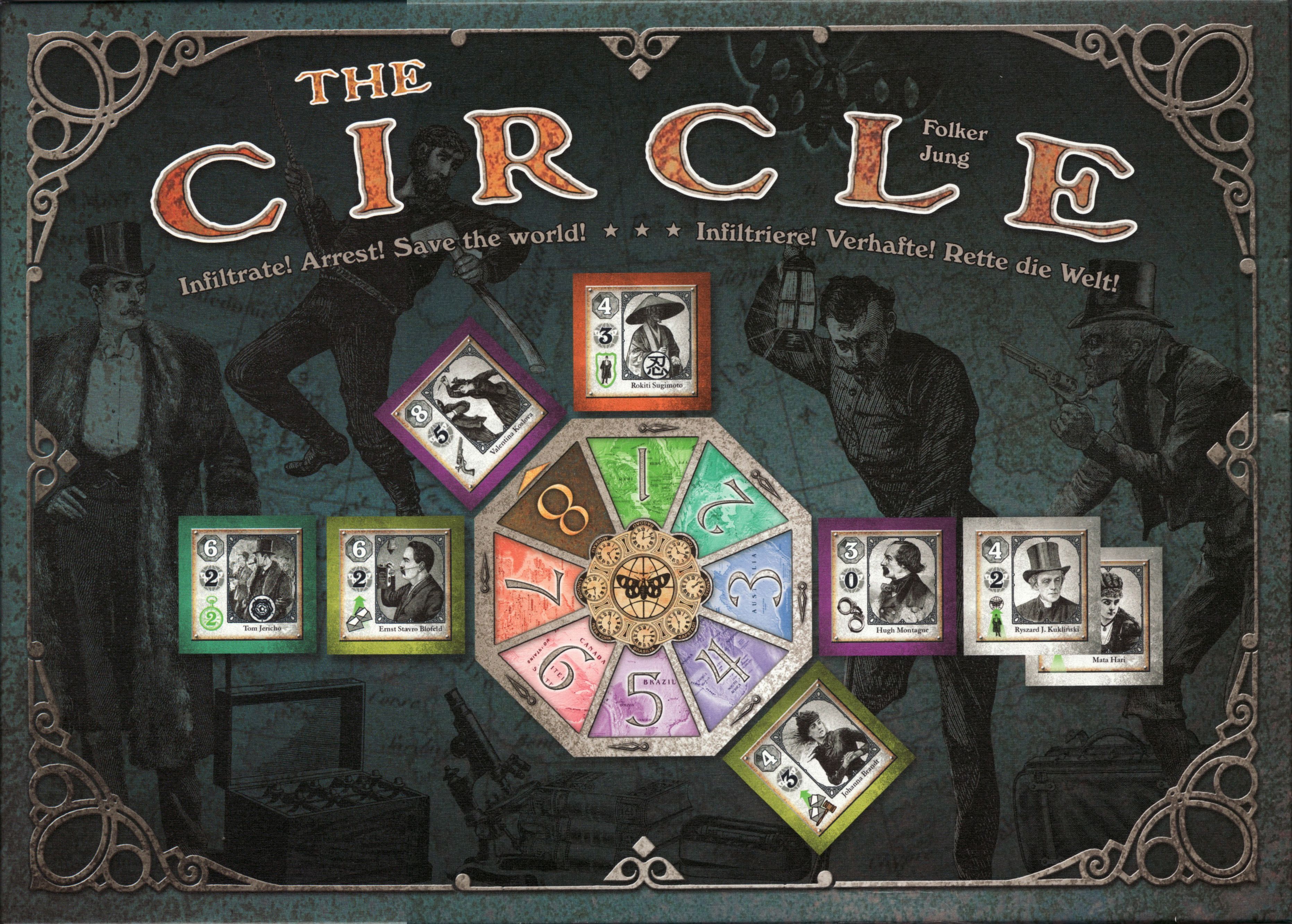 1889, the Victorian Age, an age of change. The most advanced nations are fighting for total economic control. It is the perfect breeding ground for a secret society more dangerous than the Yakuza, more mysterious than the Illuminati -- "The Circle". 2 - 6 players each control one secret agency trying to protect humanity against the Circle's ultimate goal: complete Global domination. Each round, players hire spies to uncover the Circle's secrets, infiltrate its ranks, and capture its members. Sometimes the players must cooperate to reach their goals, but often they are competing against each other. At the end of the game if you have placed the most spies within the Circle's ranks, you will be able to destroy the secret society and win the game. But be careful: the Circle could defeat all of the players. This box contains 121 Game Pieces in different colors, 60 Spy Cards, 1 Time Wheel, 6 Secret Agency markers, 1 Victory Point table, 1 Starting Player dial, 1 plastic rivet and 1 multilingual (German and English) rulebook.