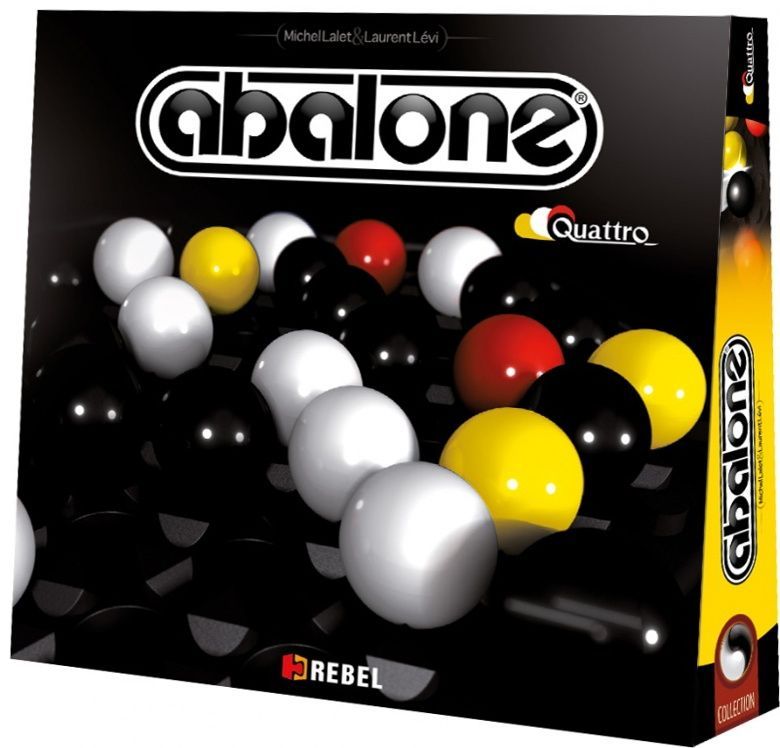 Whereas Abalone was a two-player game with only black and white marbles as playing pieces, Abalone Quattro comes with four colored sets of 14 marbles and a new sculpted board that allows three players to compete against one another or two teams to go head-to-head. The goal of the game remains the same: Be the first player (or team) to push six opposing marbles off the playing area. On a turn, you push 1-3 marbles in a straight line one space in any direction provided that either (1) the space you move into is unoccupied or (2) you're pushing an opposing group of marbles that consists of fewer marbles than the group you're moving. For example, a line of three marbles can push one or two adjacent opposing marbles one space along the line or off the playing area. (In team play, the first marble in the pushing line must belong to the player who makes the push. You can push marbles belong to both opponents.)