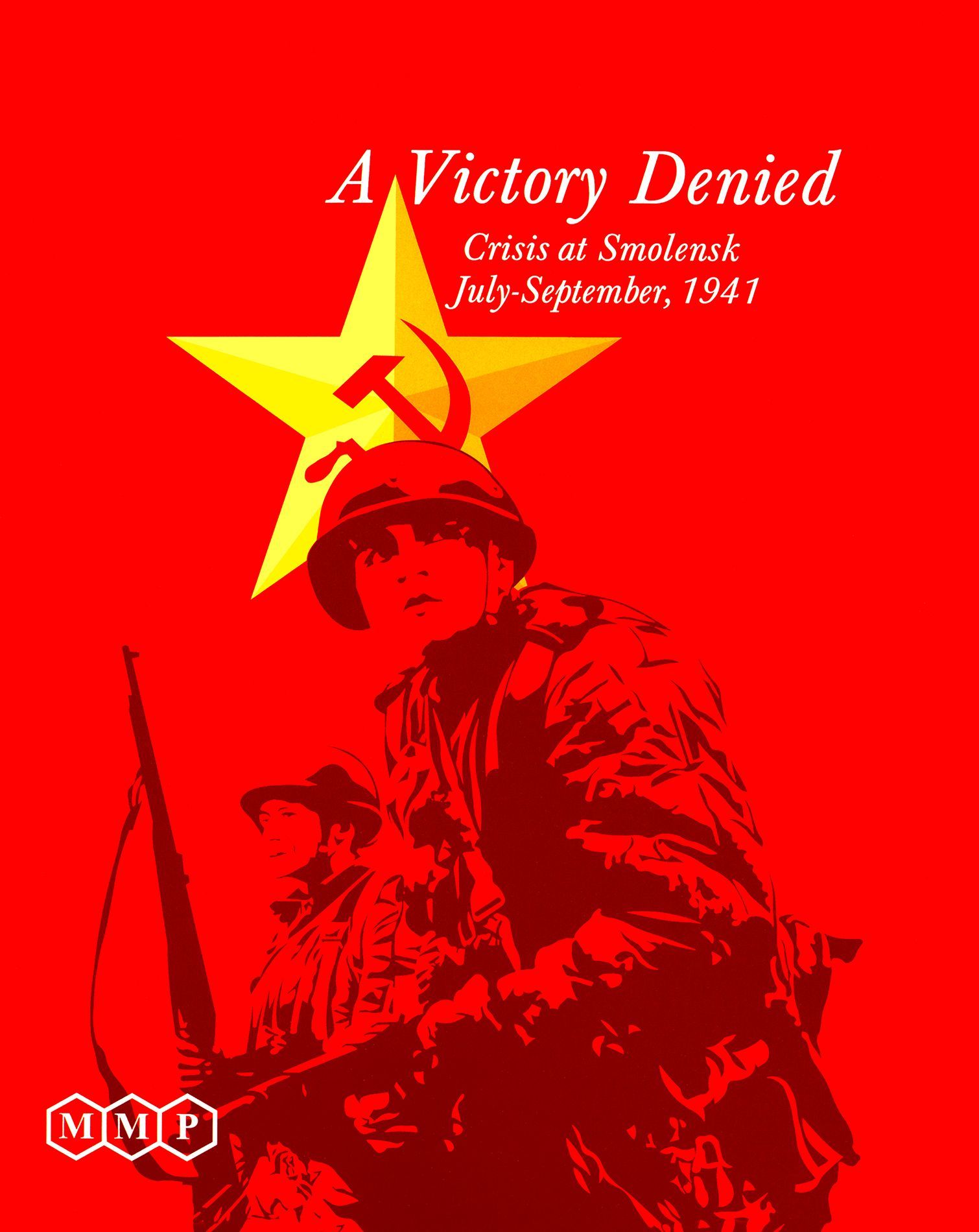 A Victory Denied: Crisis at Smolensk July-September, 1941, is a two-player game that recreates the intense mobile fighting between German and Soviet forces in the Smolensk-Oblast during the Summer of 1941. By July of 1941, the German Army stood at the very door of Moscow. The Soviet forces before them had been routed and the path to yet another great victory for the Wehrmacht was seemingly undefended. But it was here that the Russian Army successfully rallied. For the first time in this terrible war, the Germans faced an enemy that was implacable and resolute. With victory so close, and with Germany closer to world domination than they would ever be before or since – the Russian line held – it was A Victory Denied. Building on the enormous critical success of A Victory Lost: Crisis in Ukraine 1942-1943, A Victory Denied is a wargame that offers the same elegant simplicity of A Victory Lost: Crisis in Ukraine 1942-1943 but also covers the unique aspects of this great battle. While the system remains the same, upgraded supply rules and command structure rules will be added to model how important these problems were in this battle – and air power and Stalin’s Organs will make their first appearance in the system. But what made A Victory Lost: Crisis in Ukraine 1942-1943 so special will still be in full force – easy rules, unpredictable chit pulls, wild game play, and the ability to play the game almost right out of the box. International Game Series game from Multi-Man Publishing. Game Scale: Game Turn: 7 days Hex: 10 miles / 16 Km Units: Division & Corps Game Inventory: One 22 x 34" map One dual-side printed countersheet (280 1/2" counters) One 16-page rules booklet Two Palyer Aid Cards (2-sided) Two dice (One 10-sided & One 6-sided) Solitaire rating: Excellent Complexity: Low Playing time: 4 hours Scenarios: 1