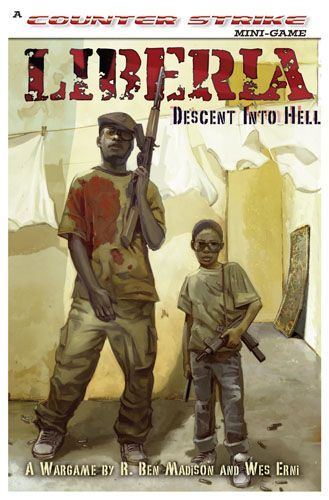 Official Description from the Fiery Dragon website: Liberia: Descent into Hell is a simulation game on the Liberian civil war of 1989-1997. The game is for two players, one representing President Samuel Doe’s Armed Forces of Liberia and its allied factions (the Government player) and the other the insurgent forces of Charles Taylor and his allies (the Rebel player). The object of the game is to control enough territory and resources at the end of the game to win a post-war election and become the undisputed President of Liberia.