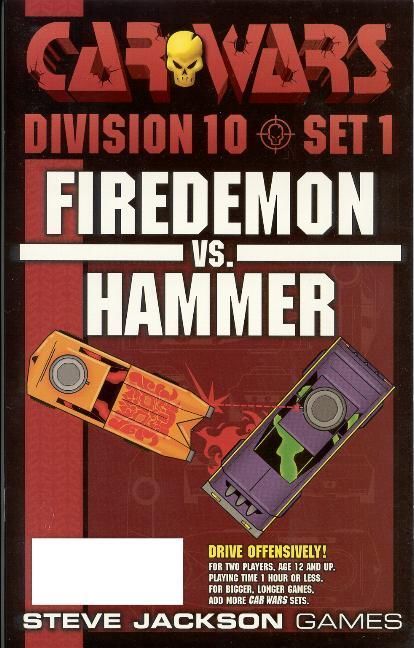 The 5th Edition release of Car Wars. The combat rules have been simplified for faster play, and the scale has been increased to 1/60th making a lot of the calculations and movements easier. Part of the Car Wars Series, 5th Edition is not a single book, but rather a collection of comic-book sized books. Any of the Division sets (see below) is enough to get started. As of early 2009 there are still not official construction rules for 5th Edition, rather each book in the series has a number or pre-designed cars. However, in the online Car Wars forums at Steve Jackson Games' website, there are un-official but reliable vehicle construction rules posted and available for those who wish "make their own" autoduel cars.