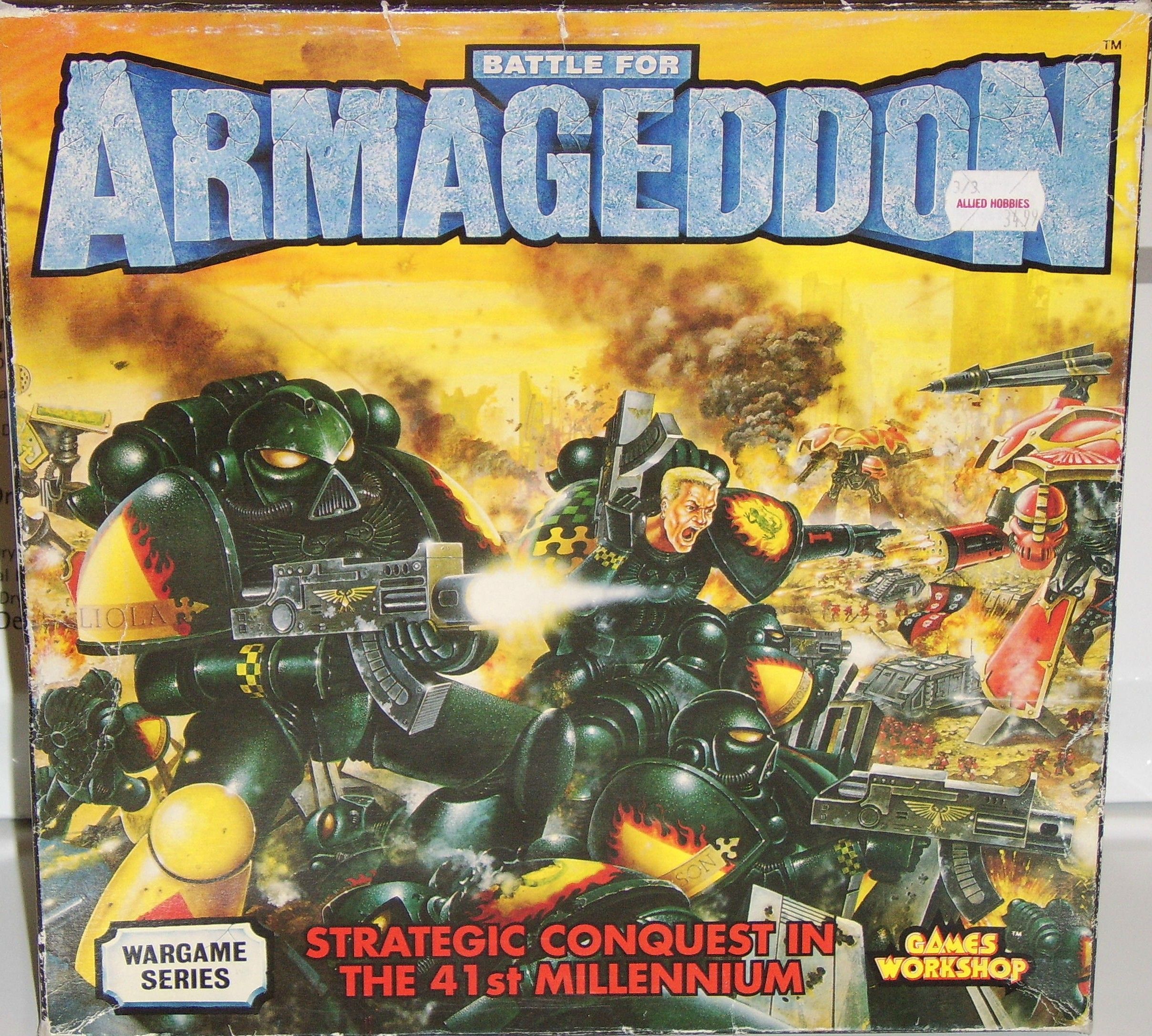 Battle for Armageddon is a strategic wargame that simulates the conflict between Orks and the Imperium for control of the Imperial hive world Armageddon. The war involved tens of millions of combatants and took two decades to resolve. By its end, the lives of countess millions of Ork and Imperial warriors had been lost. The game concentrates on the campaign fought for control of the vital armageddon Secundus are of the planet. The vast factory hive cities on this continent produced over 80% of the planet's industrial wealth and were vital for the Imperial war effort. If Armageddon secundus were conquered, the Imperial forces would be starved of ammunition and equipment, and the planet would fall to the Orks. The Orks decided to use three whole tribes, over half their entire invasion force, to capture the continent. The resulting campaign lasted for almost two years and was one of the bloodiest in Imperial history. Games Workshop re-released the game as a free download during the 2000 "Third War for Armageddon" worldwide campaign event. The official Armageddon website is no longer active.