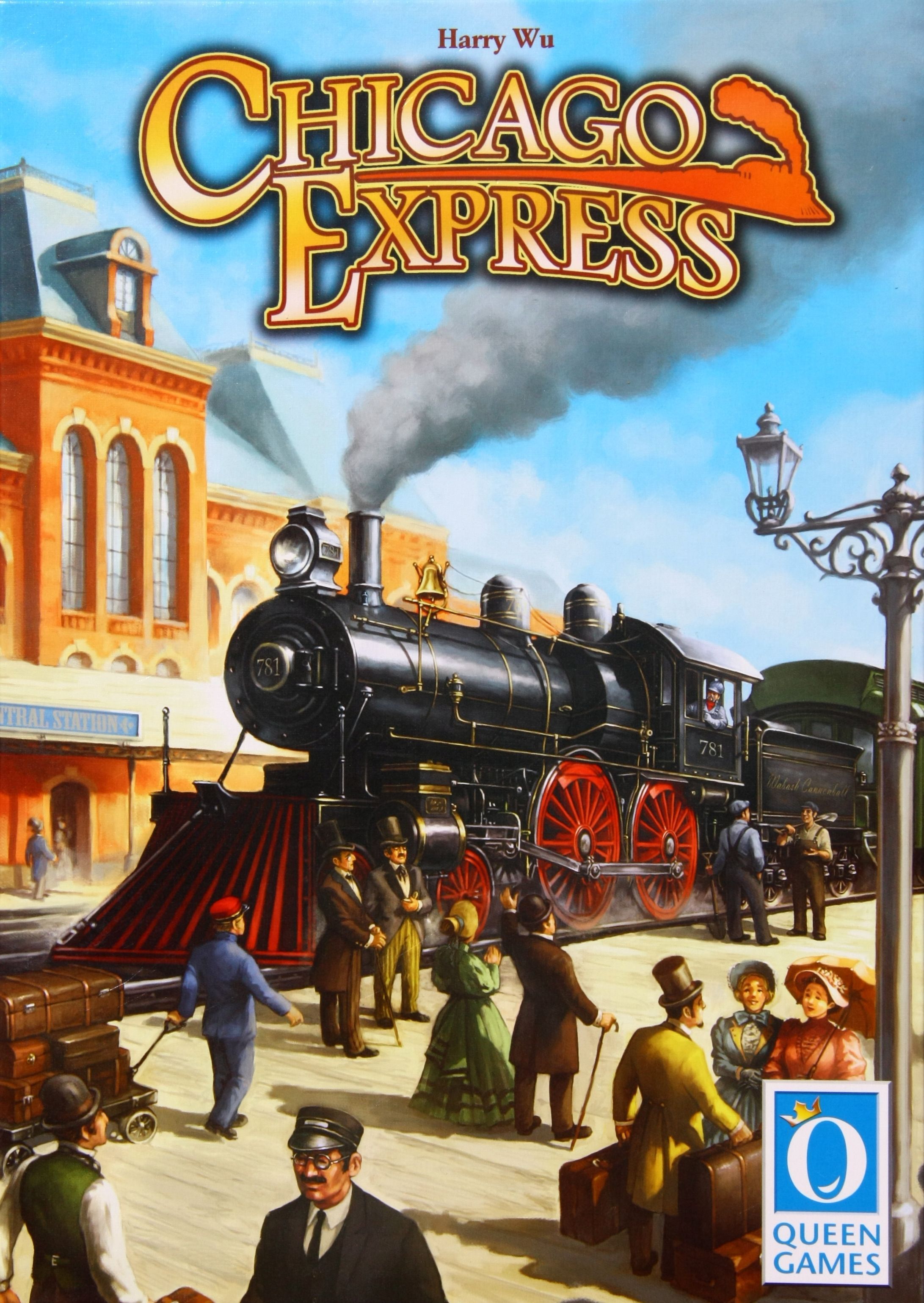 Harry Wu's Chicago Express is an innovative new boardgame with no luck factor. Chicago Express was originally released in a limited format by Winsome Games as Wabash Cannonball and it was the first game in Winsome's Historic Railroads System. In the game the B&O, C&O, Pennsylvania and New York Central railroads drive from the East Coast across the growing eastern US to Chicago. Smaller, more aggressive railroads like the Wabash spring up to further expand America's extensive railroads. The sharpest railroad executives vie for the maximum return on their investment in this business game lasting about one hour. A session of Chicago Express is played over a maximum of 8 rounds. In each round, the players take turns choosing one of three available actions: - auctioning a share of one of the railroad companies - expanding the rail system of one of the railroad companies - develop one of the board's hexes Of each of those actions only a limited number is available. As soon as all available actions of two options are taken, a dividend phase is executed, where all players gain income from the railroad companies they have shares of. After this dividend phase, the number of actions is reset and a new round begins. The game ends after 8 rounds or if one of the following conditions is met: - 3 or more companies have no more locomotives - 3 or more companies have no more shares - The general supply contains only 3 houses or fewer The player with the most money wins.