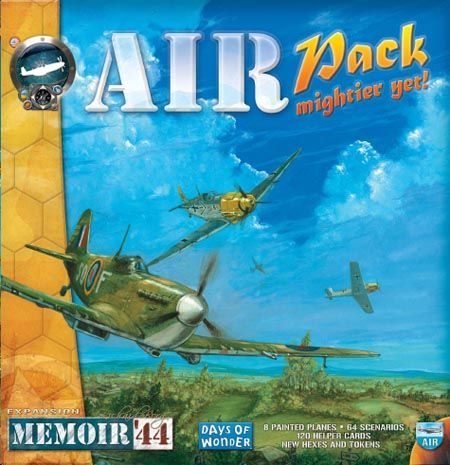 This expansion for Memoir '44 includes eight painted airplanes and the air rules needed to fly them from the Battle of Britain to the Battle of Midway, from the frigid air of Kursk to the balmy skies of Malta, and deep into Nazi territory. Also included in the pack is a complete compilation of all 64 official Memoir '44 scenarios published to date, including revisions to many of them - taking advantage of the numerous expansions now available for the game system. The Air Pack is further rounded off with a complete 120 card deck describing every single terrain, special rules, troop type and nation introduced since the game's launch at the 60-year anniversary of D-Day. Part of the Memoir '44 series.