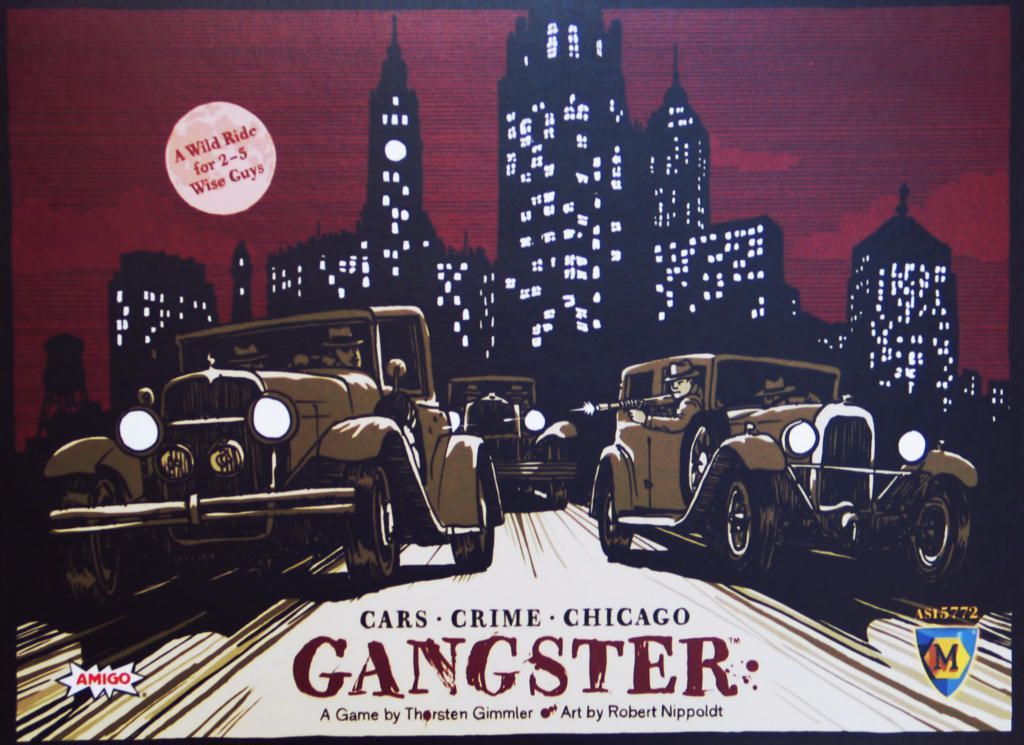 Taken from BoardgameNews.com: Throughout the 1920’s and 1930’s, rival gangsters compete in a life or death struggle for control of the gleaming city on the shores of Lake Michigan. Each district is hotly contested, because in the end there can be only one “King of Chicago!” You play a mob boss. You compete with your fellow bosses. Through careful placement of your “boys,” you control important locations throughout the city. But time is limited! Only three days remain for you to exert influence in the neighborhoods. Use these days wisely, because the gangster with the most influence at the end is proclaimed the boss of bosses! Beware! Your opponents seek the same raw glory. Take care, because if a gangster is invited down to the river for breakfast, he might not be around for supper! Gather up your boys, hop in the sedan, and see if you have the skill, the cunning, and the ruthlessness to become Chicago’s top Gangster!