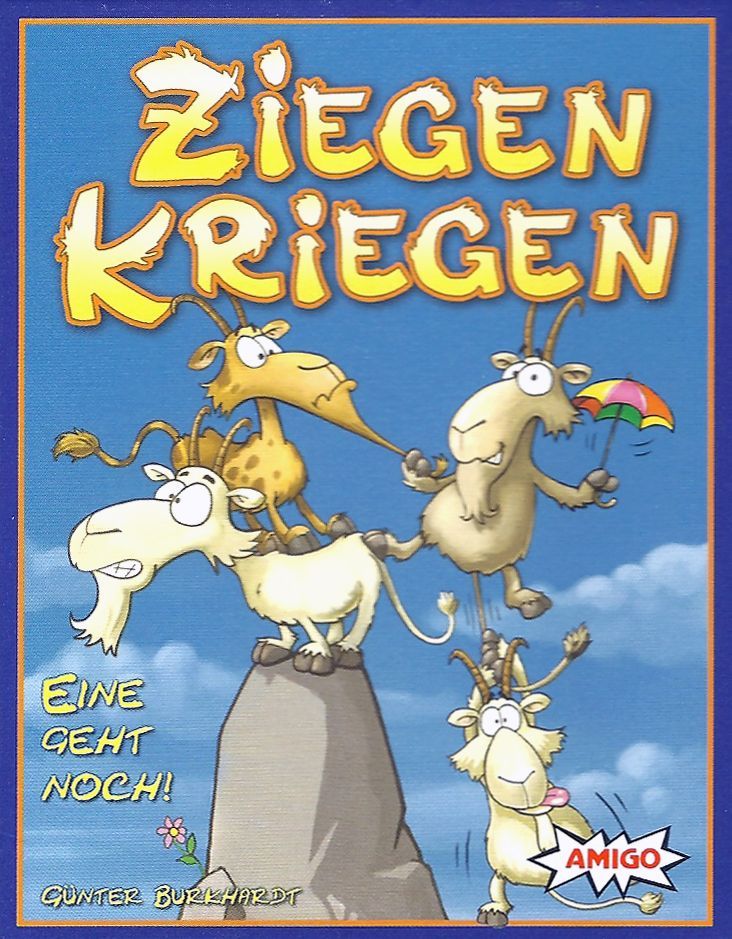 In this trick-taking game, players accumulate goats. But the central hill only supports a certain number of goats with food. Every card has a number from 1 to 50 and from 1 to 5 goat's heads printed on it. At the start of the game, every player receives eight cards, and eight tricks are played in one game. There are also hill cards which have each two quarters of an island with a number between 1 and 8 written on it. The player who played the highest-numbered card wins the trick and is first player for the next. However, during the first four tricks, the player who played the lowest-numbered card, adds a part of the central hill to the middle of the table, marking it with the wooden goat. After the first four tricks, the players know how many goats the central hill supports. This represents the goal limit. The winner of the game is the player who collected the most goat's heads without going over the limit dictated by the central hill. A proven strategy is to spam your opponents with the goats that you probably won't need. A variant of the game consists of playing a number of rounds equal to the number of players, and totaling the points. Contains: - 50 playing cards - 12 hill cards - 1 wooden goat - 1 rule book