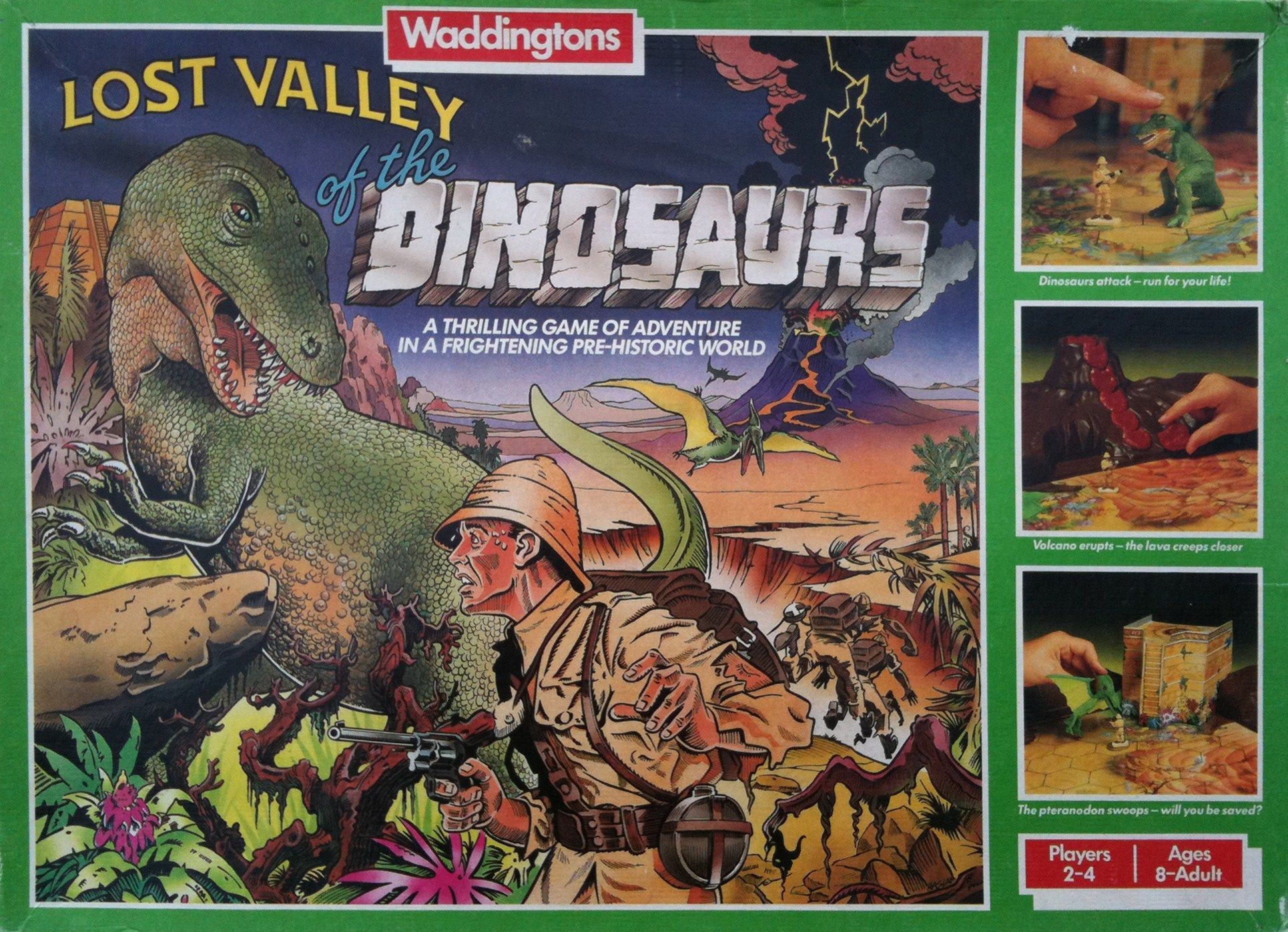 You have discovered an ancient chart to a lost valley. It shows that once the valley was occupied by a fierce tribe of natives who had collected a vast wealth of treasure and used vicious dinosaurs to help protect it. No humans inhabit the valley now and the chart shows that the 'treasure' is still hidden in a temple at the top of the valley but the dinosaurs are still there! The secret of the valley and its treasure have been stolen and you know that other expeditions are currently journeying to discover the lost secret of the valley. As your party enters the valley a volcano which has been dormant for centuries rumbles and threatens to engulf the valley in lava. The race is on, who will win the fabulous riches of the temple and who may die?