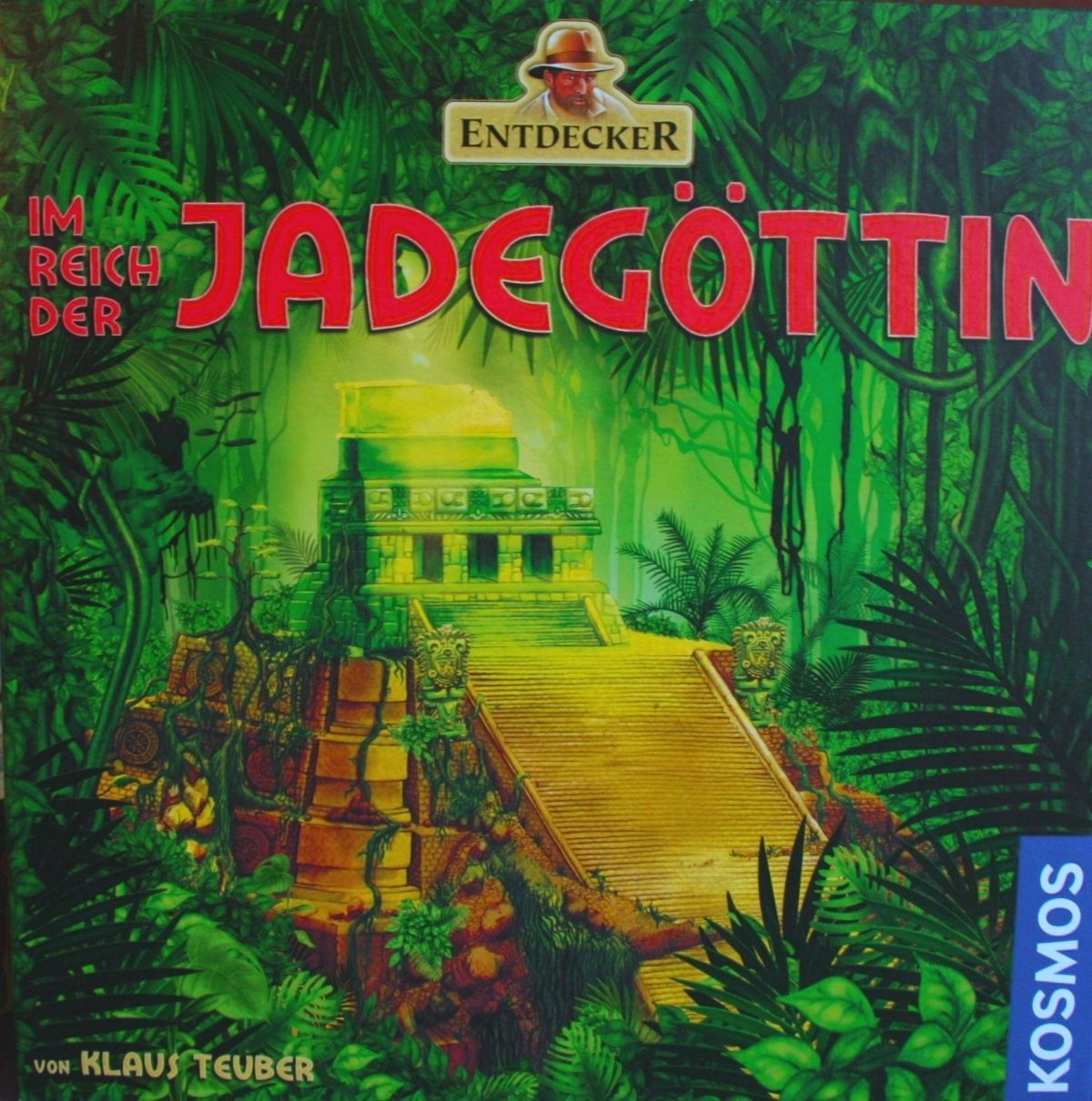 The first game in the new trilogy based upon Teuber's classic exploration game Entdecker. In the Realm of the Jade Goddess leads the players into the jungle in search for rare artifacts like the Jade statue of the title. The system of placing tiles is similar to the original game, but players are driving around in Jeeps instead of sailing. The 18 artifacts (each consisting of 4 parts) that needs to be discovered adds a new twist to the game. Two other two games in the trilogy have been announced for publication in 2008: Im Reich der WÃ¼stensÃ¶hne (In the Realm of the Desert Sons) Im Reich der Dämonen (In the Realm of the Demons)