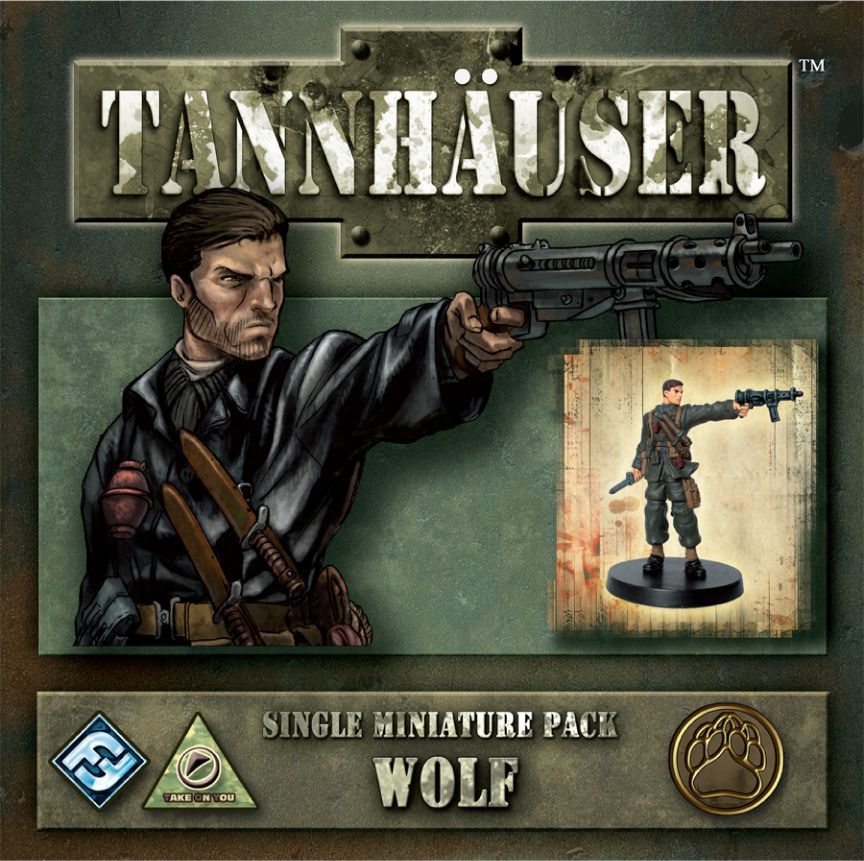 Wolfgang Otto Ludwig Friedrich, alias Wolf, is a mercenary with no loyalty, no scruples, and no mercy. Willing to work for either the Reich or the Union if the price is right, Wolf is a consummate professional and a valuable asset to either side. The Wolf single miniature pack comes with everything you need to include Wolf in your TannhÃ¤user game: one pre-painted Wolf figurine, character sheet, game tokens, and a rulebook including a special bonus scenario featuring Wolf. Wolf was originally a special promotional single miniature pack that was made available to all customers who preordered TannhÃ¤user either directly from Fantasy Flight's GenCon2007 booth or from the official FFG online store or participating brick-and-mortar retailers before August 25th, '07.