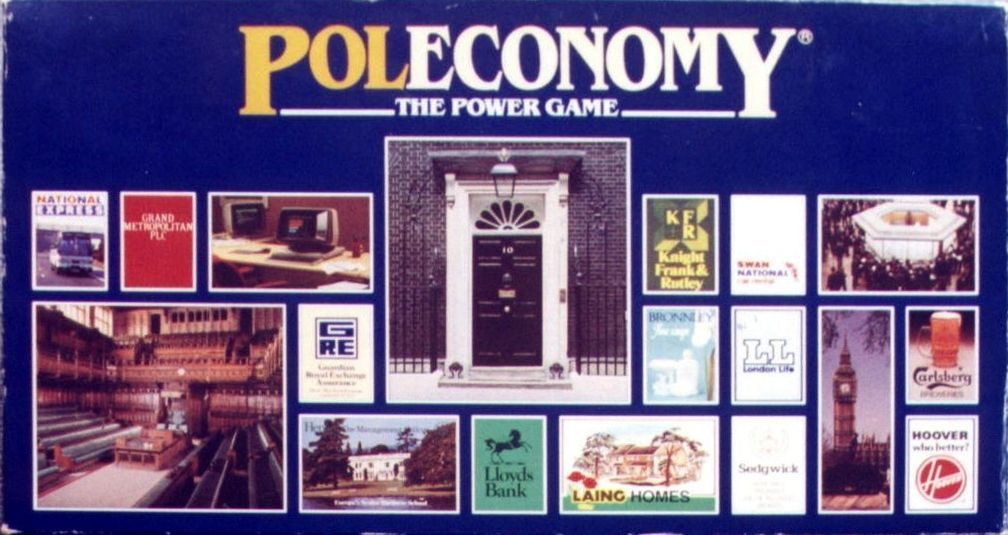 The game reflects the way Government, finance and industry interact when private enterprise operates within a system of parliamentary democracy. Players try to become both tycoons and politicians to gain both political and financial power. As a tycoon the players buy and sell UK corporations and brand products, invest in insurance, buy bonds, and bid takeovers. They face inflation and commercial disaster. Profits are taxed by the Government. As a politician and member of Parliament, they try to move from Opposition to member of Government, and then Prime Minister through the election process. Decisions as Prime Minister will affect the financial position of all on the board! The Canadian edition is published by Whitman Golden Ltd., Cambridge (On), circa 1970-something. Re-published in 1983. The Australian edition is published by John Sands. The New Zealand version was published by World Games Ltd and followed the Australian publication.