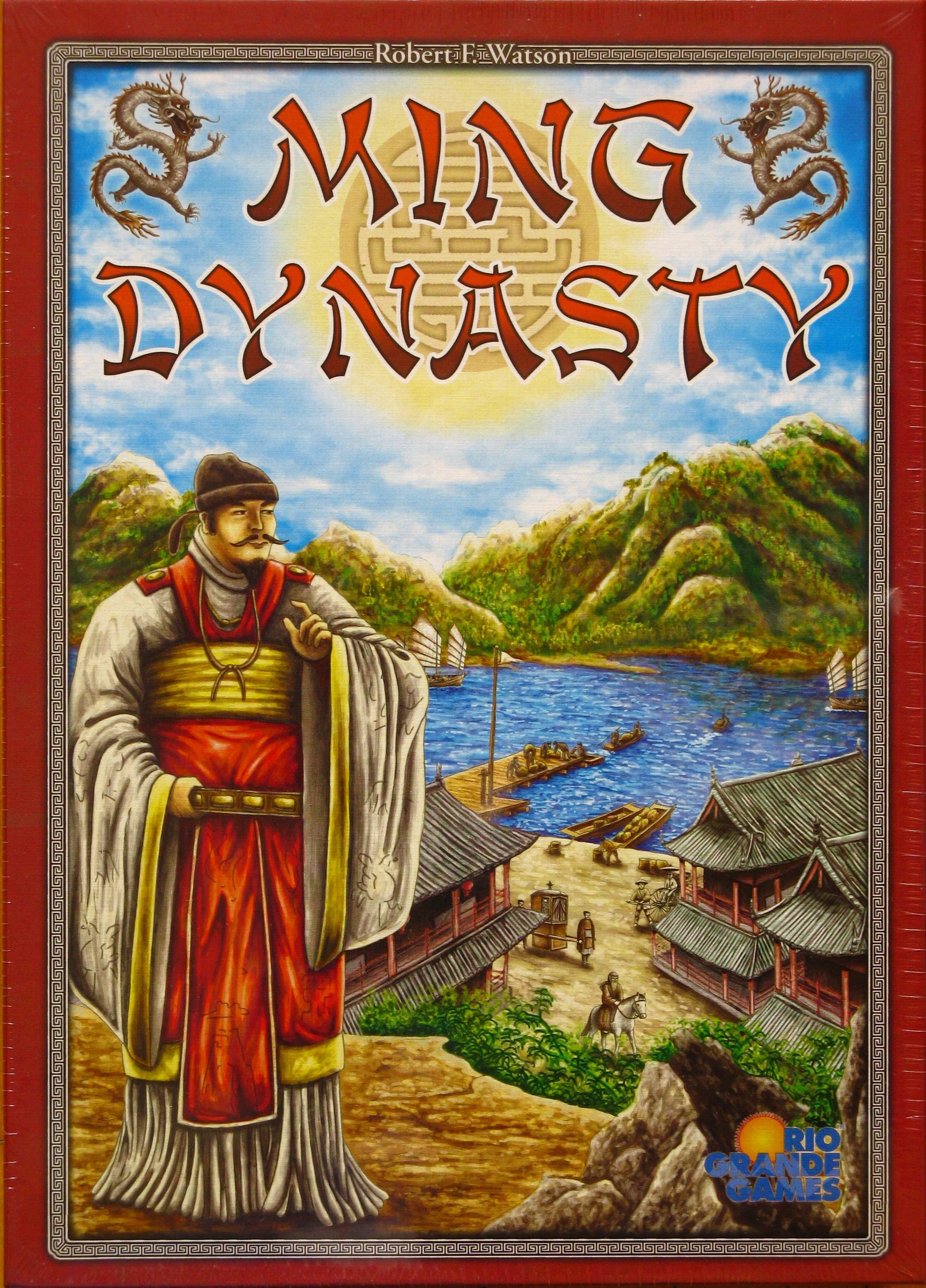 In the middle of the 14th Century the Chinese people succeeded in freeing themselves from the rule of the Mongols. With the accession to the throne of emperor Tai-Tsu they developed a rising country: China. Each player takes the role of an imperial prince and tries to gain influence with his family members during the growth of the Chinese people during the Ming dynasty. Place your fellow supporters securely into the 6 Chinese provinces, which are each divided into 3 prefectures. In order where your own family members get majorities into the administration you will be recompensed during the election rounds with gifts from the emperor. Only the player with the most balanced collection of influence chips will be able to continue as next emperor of the Ming dynasty.