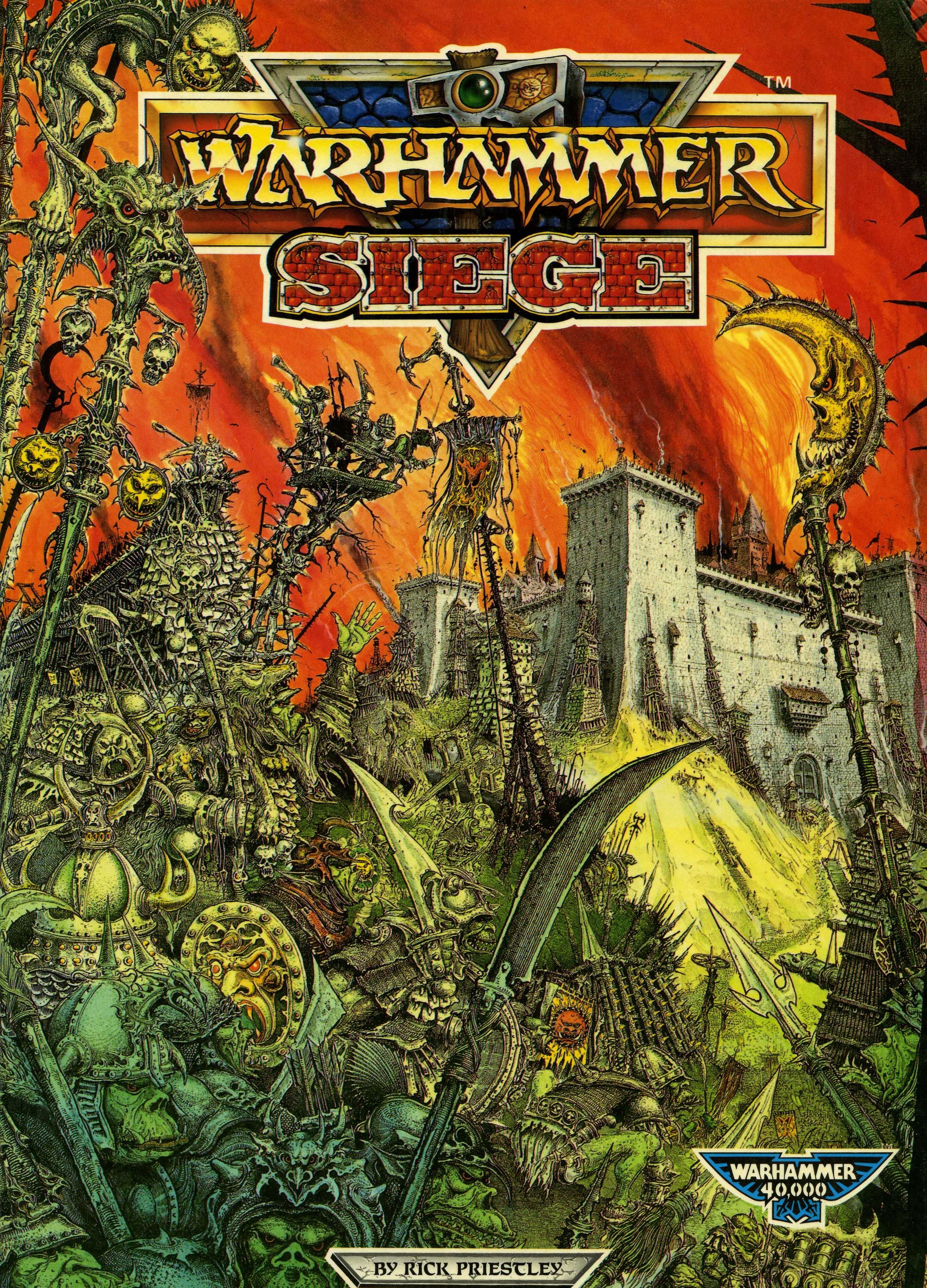 This 140-page hardcover (a soft cover version was also published) has rules for a whole new way of playing Warhammer Fantasy Battle (2nd Edition) and Warhammer 40K (Rogue Trader) focused on sieging a castle. New rules for things like siege engines and dropping items, say boiling oil; a new flow for play; and a system for buying castle defenses within the scope of building Fantasy and 40K armies are all presented. The end papers are the reference sheets needed to play the game. Also included are two counter sheets with items one might need around a castle, like rocks and sacks of gunpowder. There are also diagrams that can be copied which allow the defender to secretly lay out his or her defenses before the game starts. Then, when the time is ripe, the defenders pop up and are shown by placing their models onto the castle Like any Games Workshop book, there is plenty of eye candy. This book was released at the same time as Games Workshop's Might Fortress castle model set. Expansion for: Warhammer Warhammer 40,000: Rogue Trader