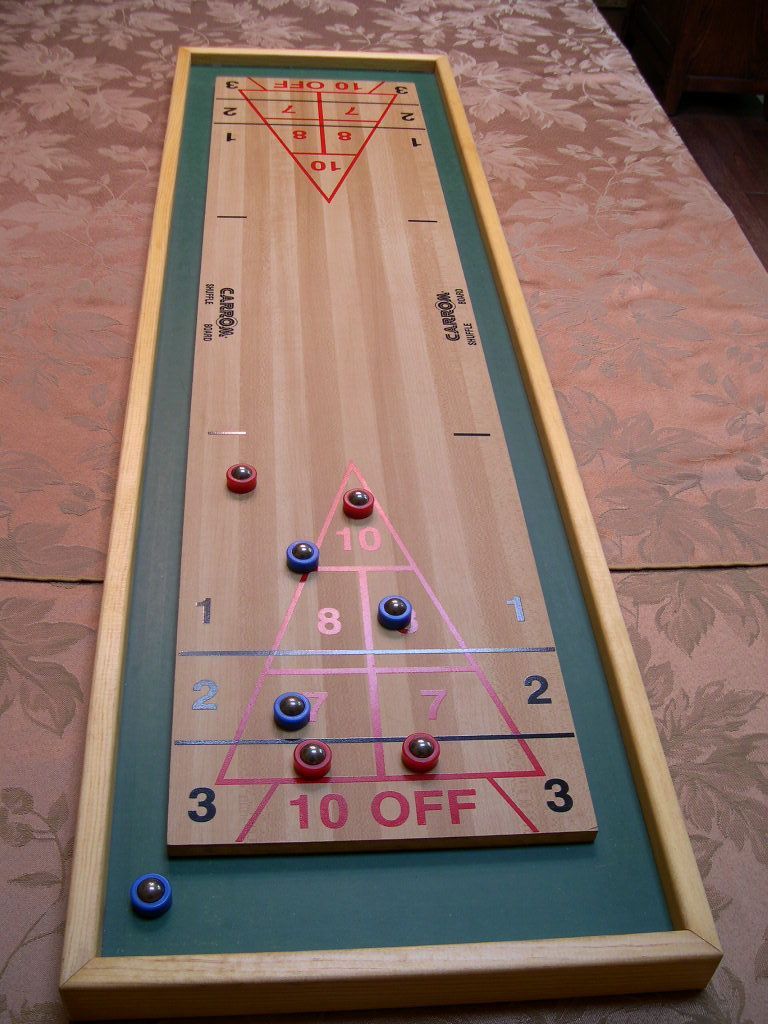 The ShuffleBoard Game This is a miniature table-sized version of shuffleboard. Each player/team gets four "pucks" of one color. The object is to score the selected number of points for victory. The game includes rules for different style of shuffle board play. COURT: In which players have a preset victory point total (50/75/100). Players push their pucks in an attempt to land and score points in the red triangle while at the same time knocking their opponents off the board. LONGBOARD: Players use a preset victory point total (21) and score points along the black scoring lines. Only the color whose puck is closest to the edge scores.