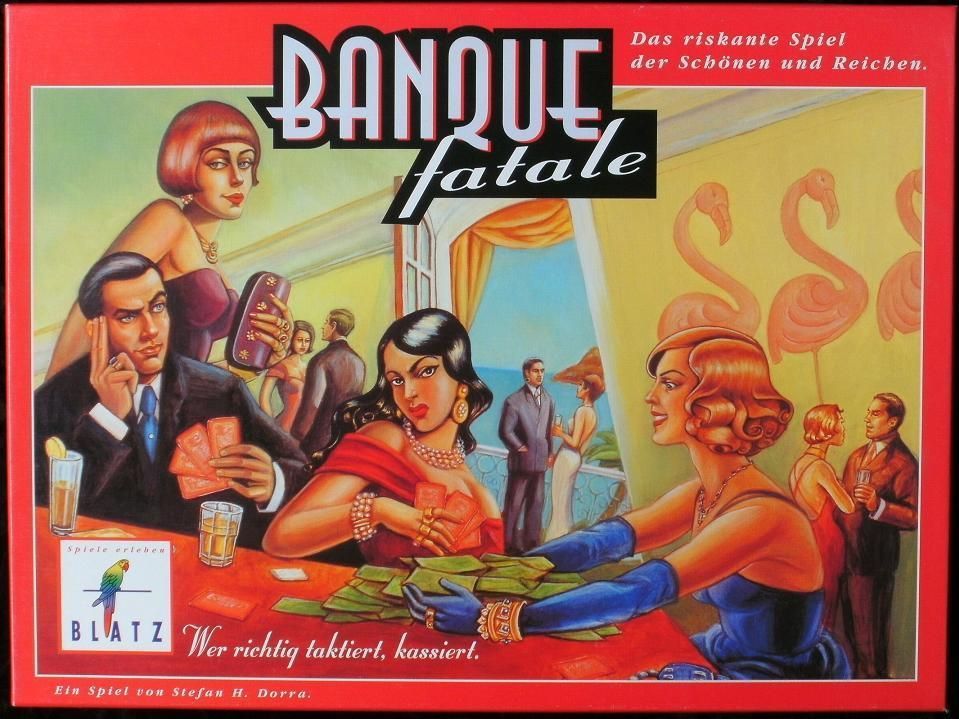 Players bid with colored chips for cards (Card Fatales) which show an Ace or Aces in the 5 colors. The value of the colors start at 6 million and rise and fall according the total chips played. So if 2+ Blue chips are bid, Blue rises by 2 million. But if only one Blue chip was bid, Blue falls by 1 million and if no Blue chips were bid, Blue falls by 2 million. If a color reaches 11 or 12, there is a pay-out for each ace of that color you own, 5 or 6 million, and it is reset to 6 million. Then the bid chips are taken back one by one, starting with the player to the left of the auction winner. So if you didn't bid at all, you'll be taking chips from high bidders. Finally, then the start player can sell a Card Fatale to the bank at its value or values (not one that has just increased). The start moves on. When the deck of 16 cards is used, cards held are cashed out, chips still held are worth 1 million each (variant suggests they are worth nil) and the most cash wins. It isn't clear if players should hide the cards they own, or if it should be an open knowledge game, which would greatly affect the dynamic. An amusing mechanism that draws you to brinkmanship. Simple and smart, you'd reckon this was a Knizia game, but it's not!