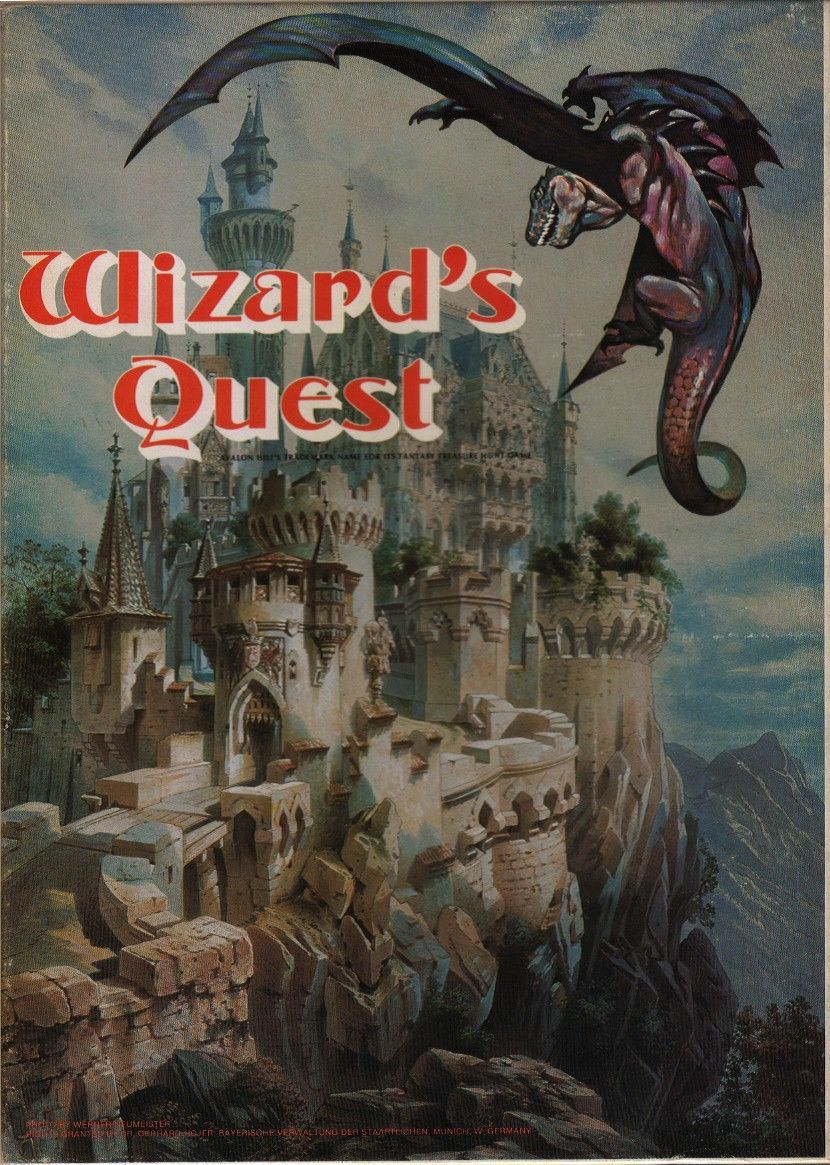 A Heroic Fantasy Wargame wherein Peacemaker the Wizard, tired of eons of conflict over rulership of the island kingdom of Marnon, sets up a quest competition to choose the rightful ruler and end all bloodshed forever. The map portrays the island of Marnon divided into 36 numbered territories and 8 bordering castle spaces. Orcs are placed in approximately 1/3rd of these spaces, then players place their Men in the remaining spaces. An opposing player places your 3 Magic Items around the map for you to find later. The first player to collect all three of their own treasures is the winner. Each turn, Orcs around the board repopulate and then frenzy, indiscriminately attacking nearby Men. The Dragon flies around and eats Orcs and Men. Peacemaker the Wizard visits a region and bestows prosperity, and also enforces peace there that turn. After all this, each player may petition the Wizard for a card, receive reinforcements, and then carry out an attack campaign. Players forces include Men and two 'superpower' counters: Hero and Sorcerer. Garret J. Donner later took his concept of objects moving semi-randomly and sometimes under partial control of the players (The Wizard and The Dragon) and designed the game Dragonhunt around it. Avalon Hill Complexity rating - 2