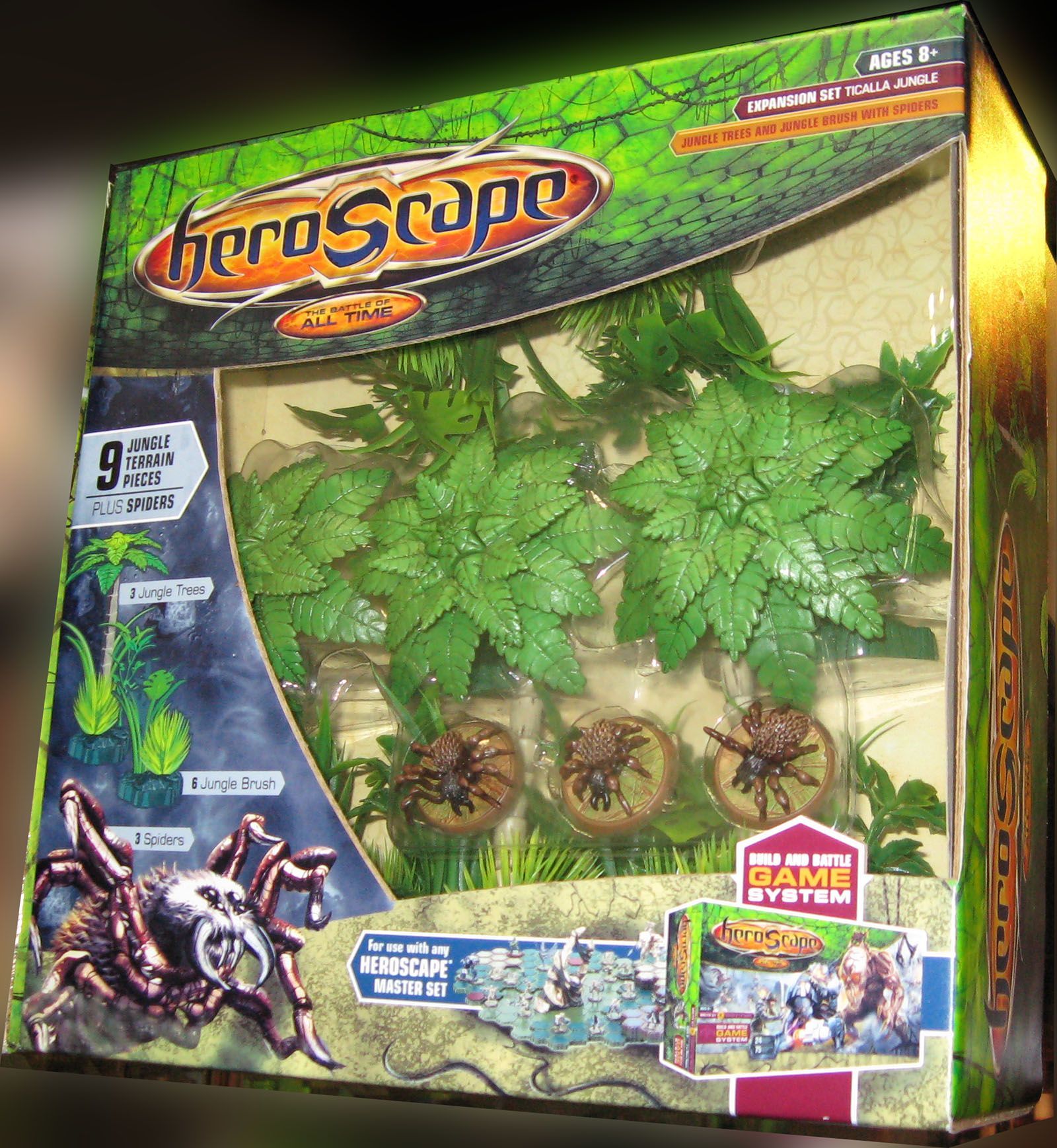 Ticalla Jungle is an Expansion Set in the HeroScape series. It is the 5th terrain expansion, after the lava, forest/bridge, ice, and castle expansions. Ticall Jungle was released on June 13th, 2008 along with Aquilla's Alliance and Defenders of the Kinsland. The expansion contains, 3 jungle trees and 6 jungle bushes, and a squad of three small common figures, the Fyorlag Spiders, which have the ability to bond with any Predator (like Sujoah, the giant bug in Aquilla's Alliance). The expansion is also designed to complement the Swarm of the Marro master set's swamp terrain. Detailed list of figures Expands: Heroscape Master Set: Rise of the Valkyrie HeroScape Master Set: Swarm of the Marro