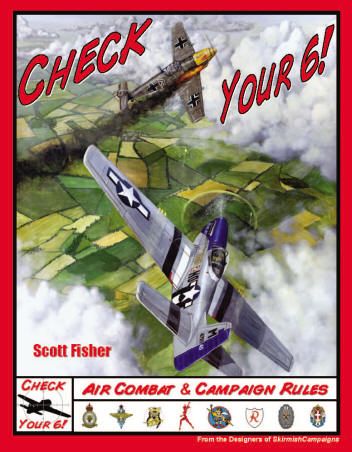 Check your 6! is an air combat simulation of the 1925-1947 era and can be played with any aircraft from this era, including the early jets. Movement is planned ahead and simultaneous. This makes the game very suitable to play with many players. It uses a maneuver template similar in form to Blue Max / Canvas Eagles. CY6 requires airplane models which can be of any scale - 1/72, 1/144, 1/300 or 1/600 - and a hexagonal mapboard. Or it can be played with cardboard counters on a hexboard. Individual pilot skills matters in this game. As Chuck Yeager said: "It's the man, not the machine!".