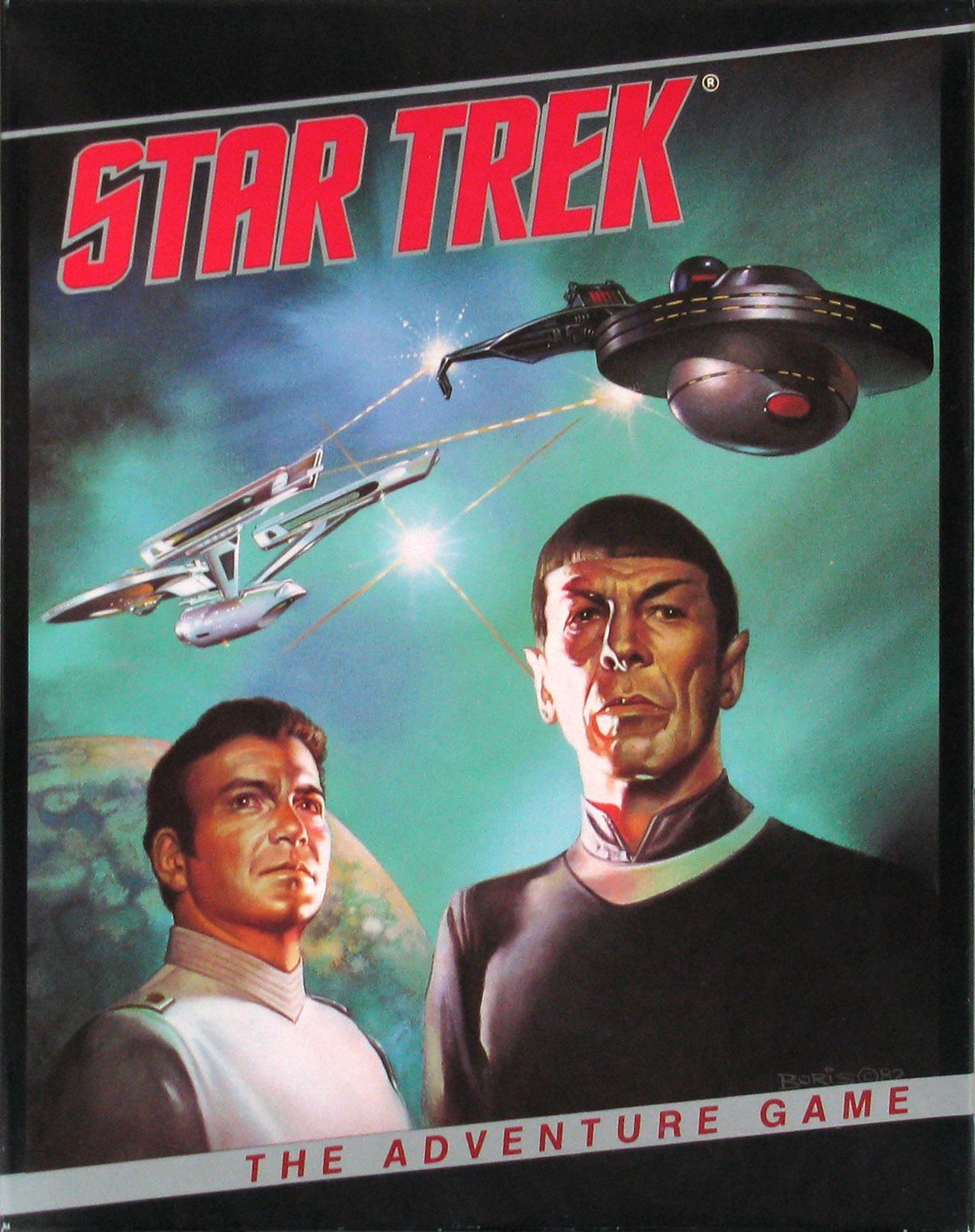 In Star Trek: The Adventure Game, you send forth a starship, exploring unknown planets across the immense distances of space. One player represents the mighty United Federation of Planets; the other, the powerful and mysterious Klingon Empire. Solo play is also possible. With outright war between the two interstellar powers forbidden by the Organian Treaty, both are constantly striving to increase their prestige and size. This is done by discovering, exploring and then persuading - or forcing - new worlds to join your federation or empire. Play is simple, but successful exploration does not come easily. Upon reaching a planet, you choose a course of action, and learn from a special booklet how the planet and its inhabitants react to you. You might conquer a new world - or you could lose a starship.