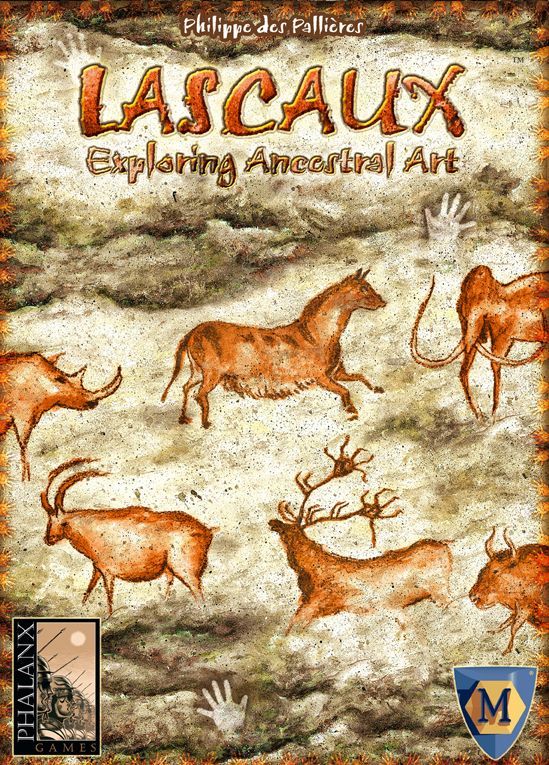 Lascaux is a game about the French caves containing animal paintings; discovered in 1940 by four teenagers. This auction game is based on the bidding mechanism of Michael Schacht's Mogul also implemented in No Thanks! The deck consists of 54 cards each representing one of six animals and a combination of two colors. At the beginning of a round, cards are turned face up until all six colors are showing or seven cards are face up. All players secretly decide which color cards they hope to win at the end of the round. On their turn, players bid by placing a stone on the table. If a player passes, he picks up all the stones currently on the table and places his token on top of the token pile. The last player remaining grabs all the cards of the color he had chosen earlier in the round. The second to last player, whose token now sits at the top of the token pile, then picks up all the cards of his chosen color if any cards of that color are left. The same process is repeated for each player when their token is at the top of the token pile. The game ends when all the cards of the deck have been claimed. Players then earn points for each animal for which they have majority. Components: 54 cards, 50 stones, 30 markers, rules. Released: Essen 2007.