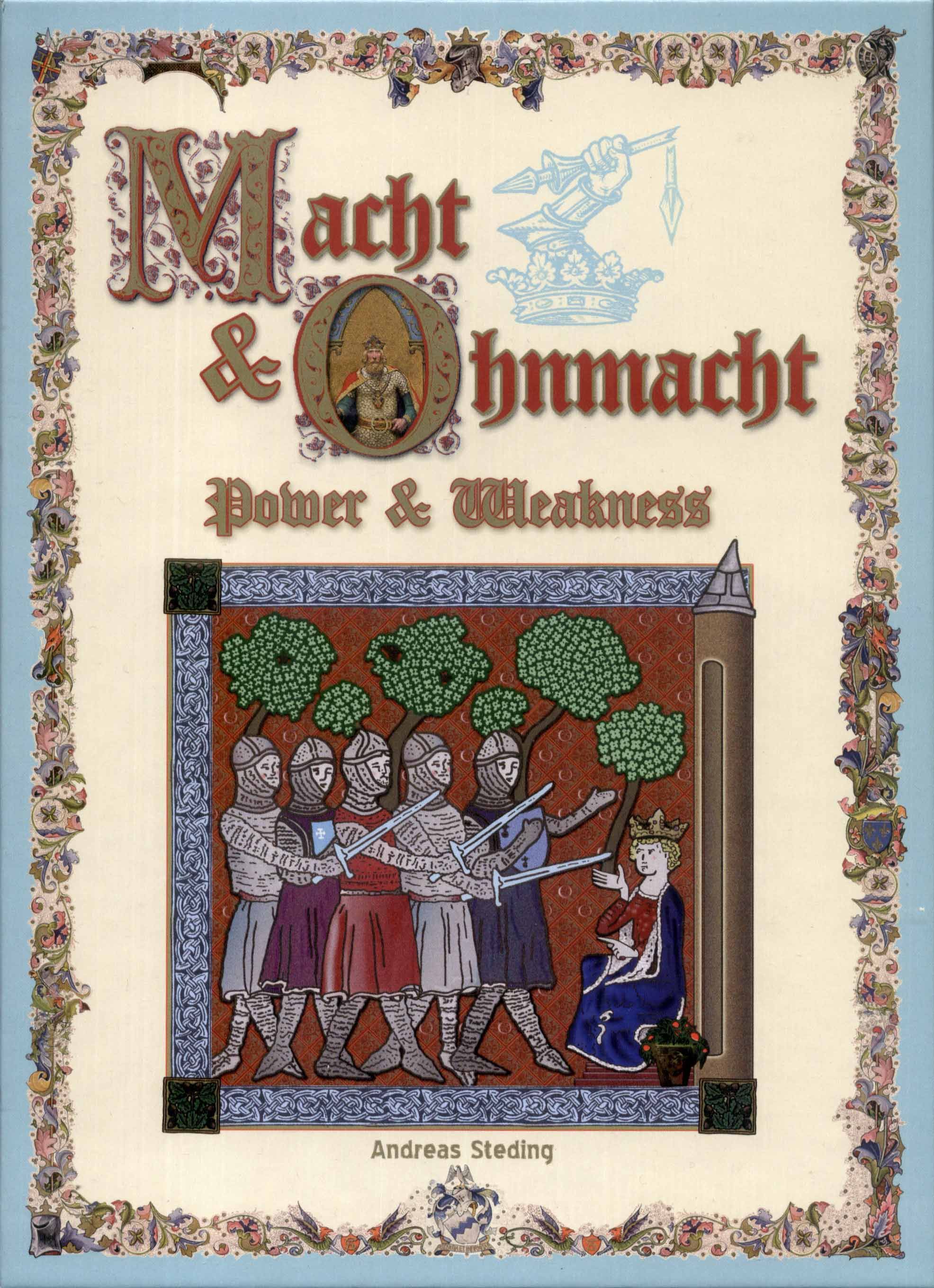 England in the 5th century; Saxons against Celts! The players try to gain control over England. Knights and magicians in their service are sent to the provinces to conquer their opponents. But the methods of magicians and knights are very different. The knights turn to their swords and must slog overland from province to province. Meanwhile, the magicians can make use of the secret magical places and appear by surprise in an area that the knights believe is already secured for their own side. And so the struggle surges to and fro until one side attains power. What is unique in ‘Power & Weakness’, is that two games are played at once; one game for magical control and one game for military control. Each player must decide whether to concentrate on the military or the magical field - or to try to be equally good in both - in order to attain power and gloat over the weakness of the opponent. Power and Weakness is played in ‘cycles’. There is a Sword cycle and a Magic cycle. Each cycle has slightly different rules. The length of a cycle varies. During a cycle the players take turns alternately – until the end of the cycle when one of the players will receive a victory point. At the end of a cycle you check whether one of the players has won. If neither player has won, the next cycle begins. Home Page: http://www.mod-games.de/MODGames/Rahmen.html?Main=MUODT.html