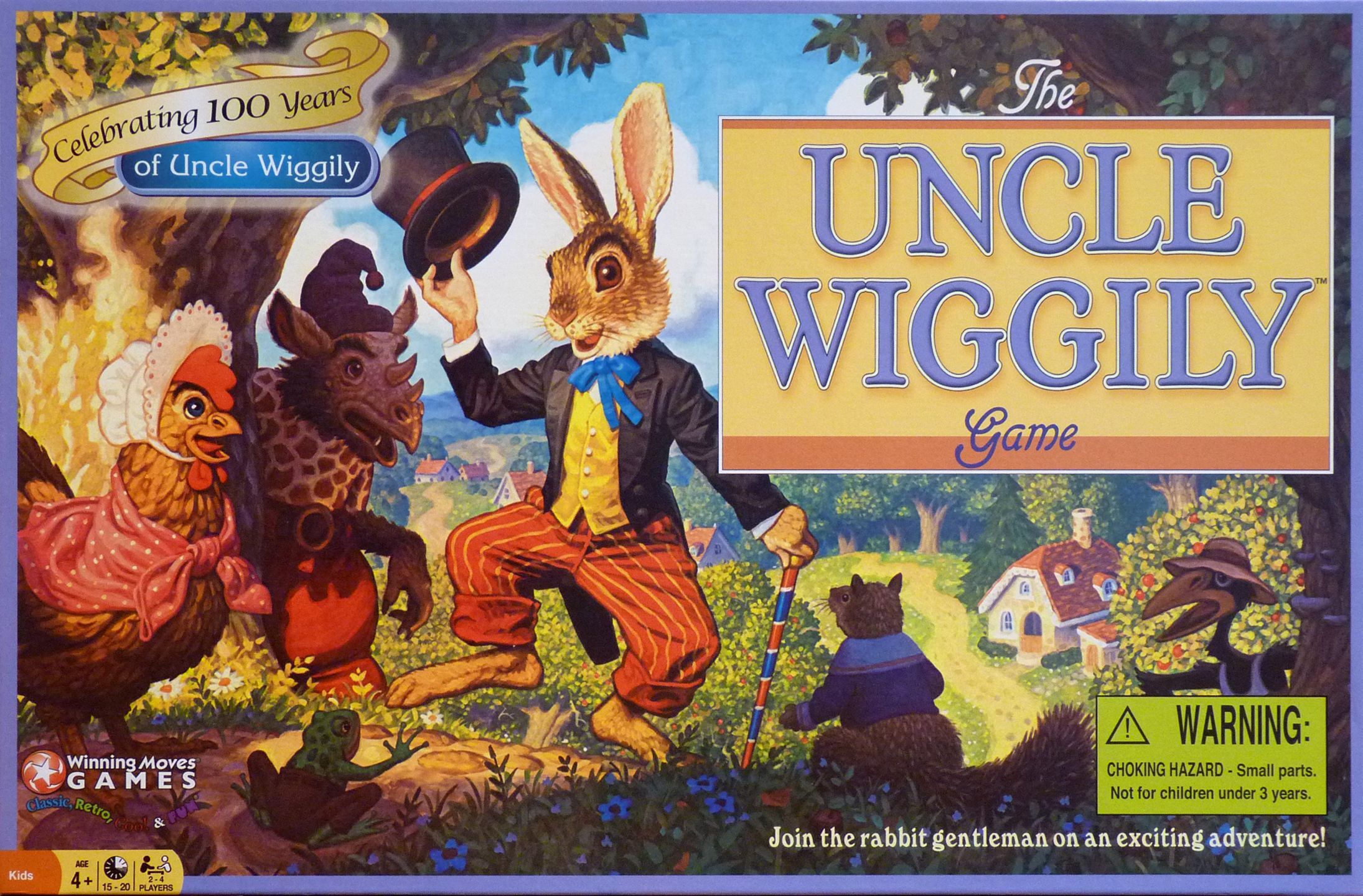 Players join Uncle Wiggily on his adventure by drawing cards, following the simple rhymes and moving Uncle Wiggily. Cards also feature numbers and symbols, so children who cannot read will still be able to play. Be the first to arrive at Dr. Possum's house to win the game! The American writer Howard R. Garis (1872-1961) created the character "Uncle Wiggily Longears" for a children's book in 1910. According to Whitehill, the game based on the children's story was first introduced by the Milton Bradley Company in 1916. Bradley modified the game in 1923, 1949, and 1955. Whitehill states that Parker Brothers obtained the rights to Uncle Wiggily in 1967. However, in 1989 both Milton Bradley Co. and Parker Brothers reintroduced different version of the same game. Hasbro now owns both the Parker and Bradley rights, but apparently is producing the Bradley version for the current market. The game is of the "racing" variety in the style of the European "Goose Game", that is the first player to reach the end of the "track" wins.