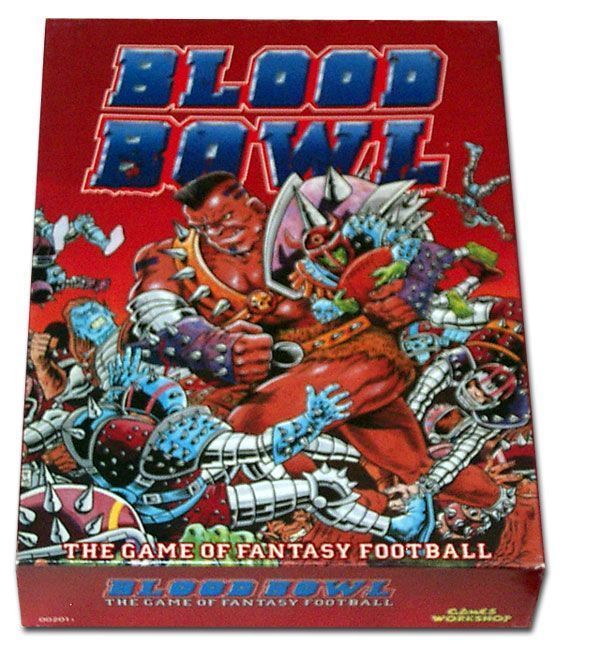 A Games Workshop Fantasy Football game that stood as something of a cross between American football, rugby and all out war. The first edition of Blood Bowl used cardboard figures to represent the teams and in game flow terms is actually a long way off the much slicker third edition. At the time it simply moved the then cumbersome Warhammer Fantasy Battle system onto a football pitch and was rather bogged down by the resultant tables and charts that dictated the flow of the game. It sowed the seeds however for the far more playable second and third editions and is now something of a collectible classic.