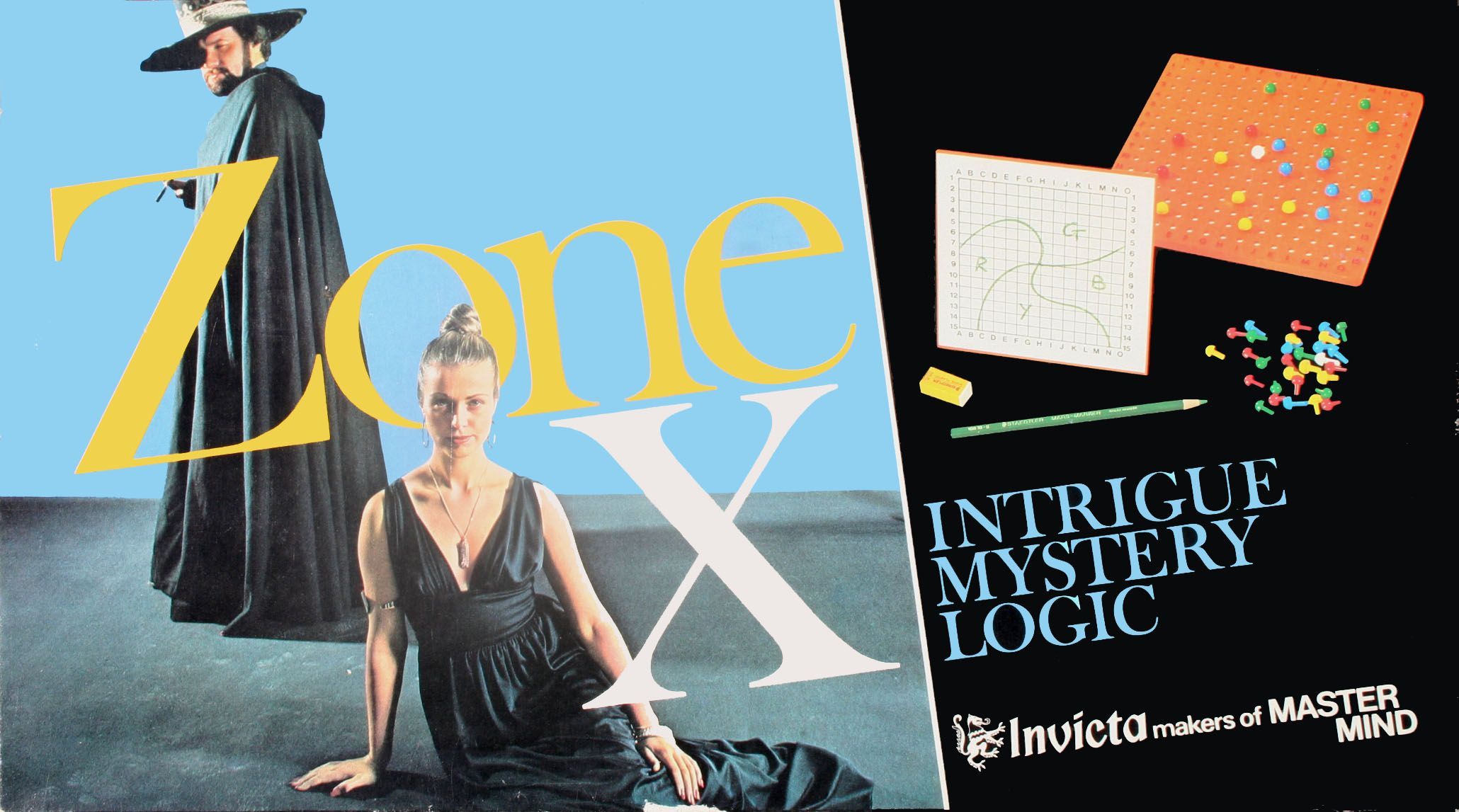 "Two Players - Zone Maker & Zone Breaker In Zone X the players alternate in fixing a hidden target point "Zone X" on the Marker Grid. The opponent (Zone Breaker) attempts to zero in on the target using his search board. The Target Point is picked by the Zone Maker who then draws two intersecting lines on the Marker grid. This creates 4 Zones that are color-coded... The Zone Breaker calls Zone keys using his search board. The Zone Maker responds by stating the Zone color in which the key called lies. The Zone Breaker places a corresponding color peg into his search board and, using logic and luck, zero's in on the target using as few pegs as possible... Zone X can be played at 3 levels of challenge related to: 1.Straight line zoning 2.Curved line zoning 3.Random shape line zoning" - from back of box This game is in the same style of game box as Mastermind. i.e. Two interesting and unusual people on the box.