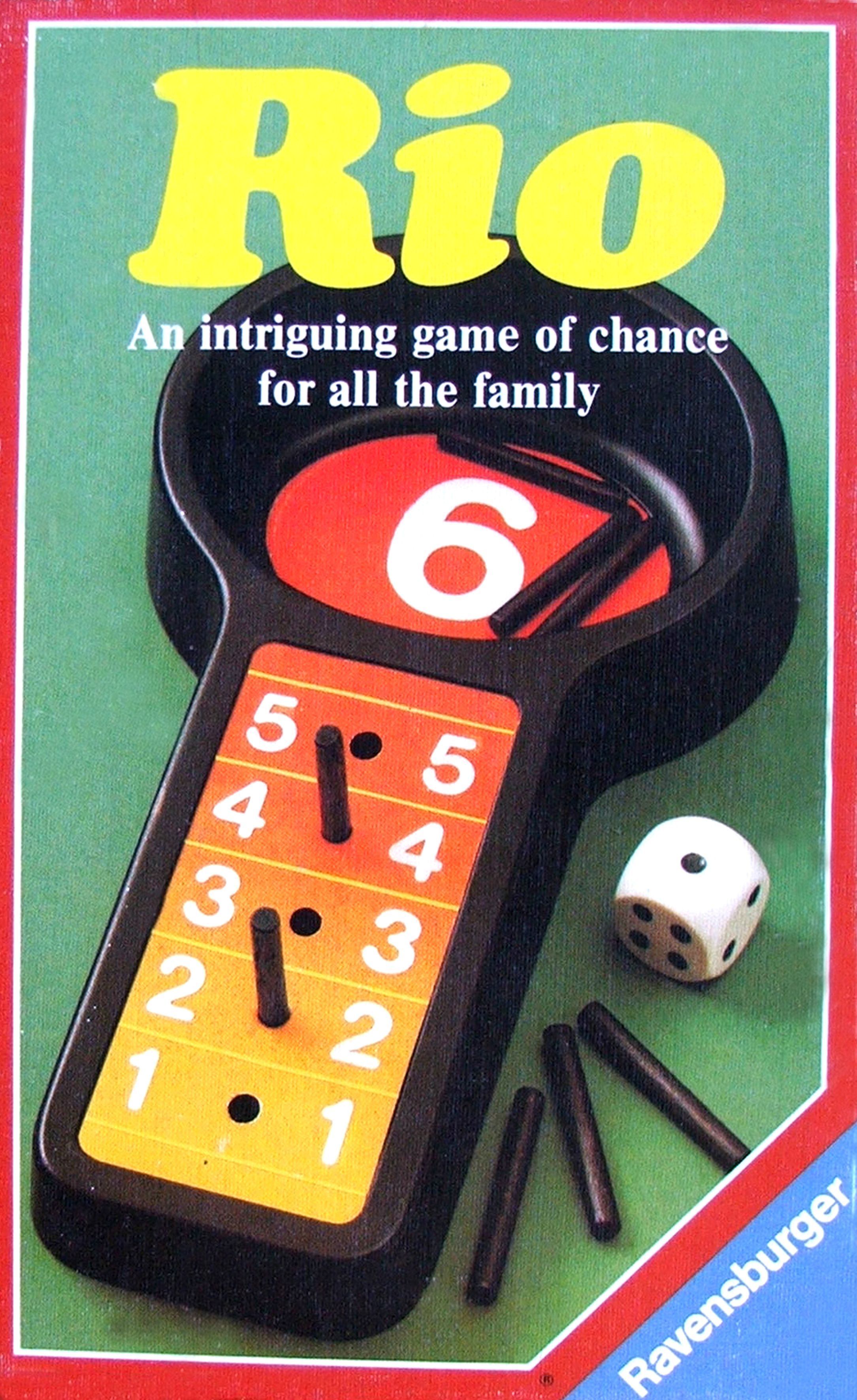 Warum Immer Ich (Why Always Me - roughly translated) / Rio is a light game for 2 to 6 players. The game consists of a small cylindrical box with 6 numbered holes in the lid; 40 pegs; 1 die and rules. The 40 pegs are divided evenly among the players, The first player rolls the die and places a peg in the numbered hole that matches the number on the die (if you roll a 4, you place a peg in the corresponding hole) - with the goal being to get rid of all your pegs first. Holes numbered 1 through 5 are only about 1/4 inch deep, and the pegs stand up in them. The number 6 hole goes all the way through the lid so that any peg placed in it falls into the box and is out of play. The player may roll and place a peg for each roll as many times as they wish until rolling a number that is already filled by a peg. If you roll the number of a hole that is occupied, you must take that peg up into your hand, and your turn ends. The game proceeds with players taking turns clockwise and ends when one player has run out of pegs.