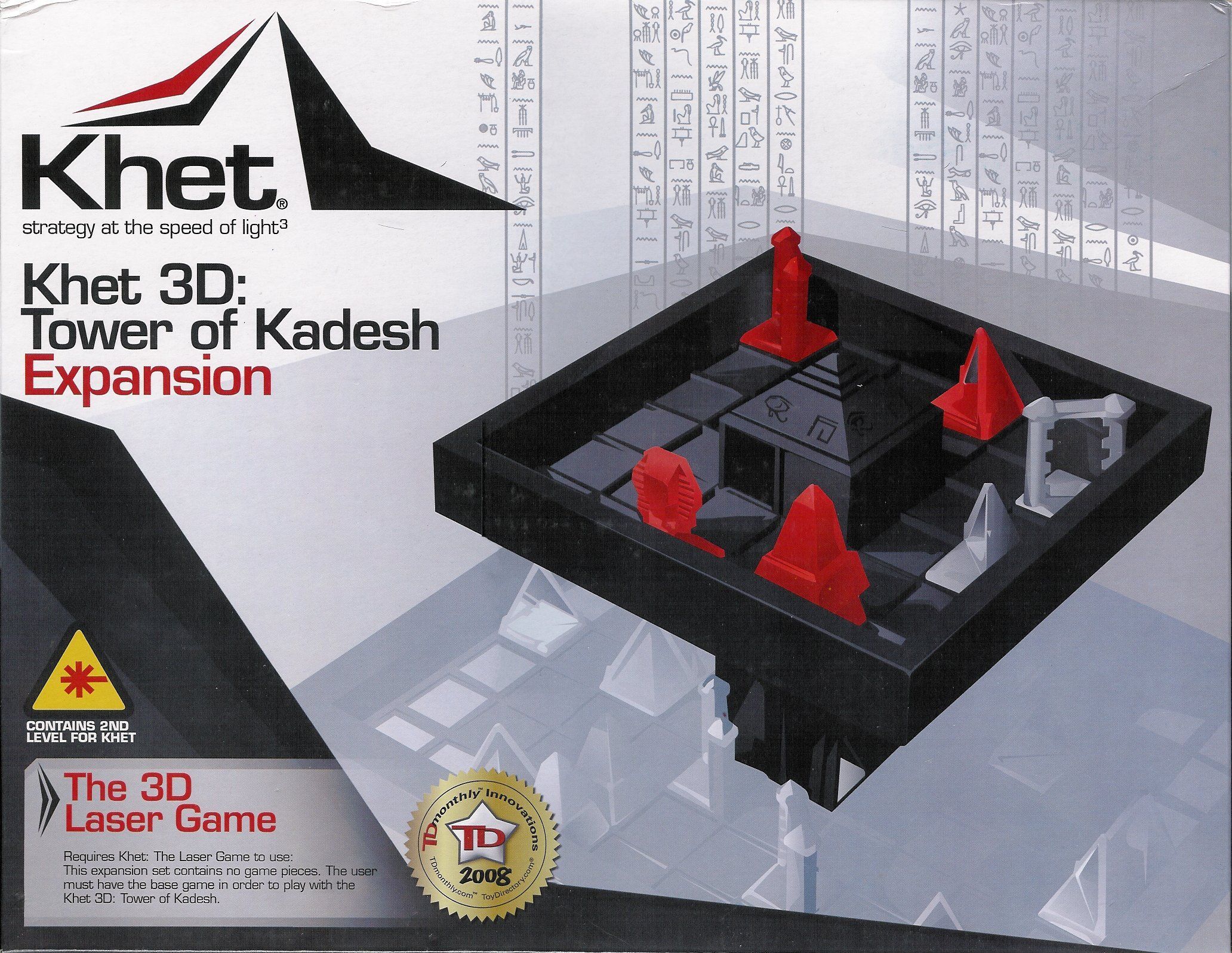 Known as Khet Mezzanine prior to release, this is a "second-story expansion" or tower for the Khet base game. Innovention president Luke Hooper was said to have pointed to the Battle of Kadesh between Egyptian and Hittite forces as an inspiration for the name. At the top and bottom of the tower are a collection of mirrors that direct the lasers up and down four separate paths that connect an upper platform to the standard board. Not only can pieces move on that platform, but the entire platform can be moved and rotated. Expands: Khet: The Laser Game