Wings for the Baron - Universal Statistics 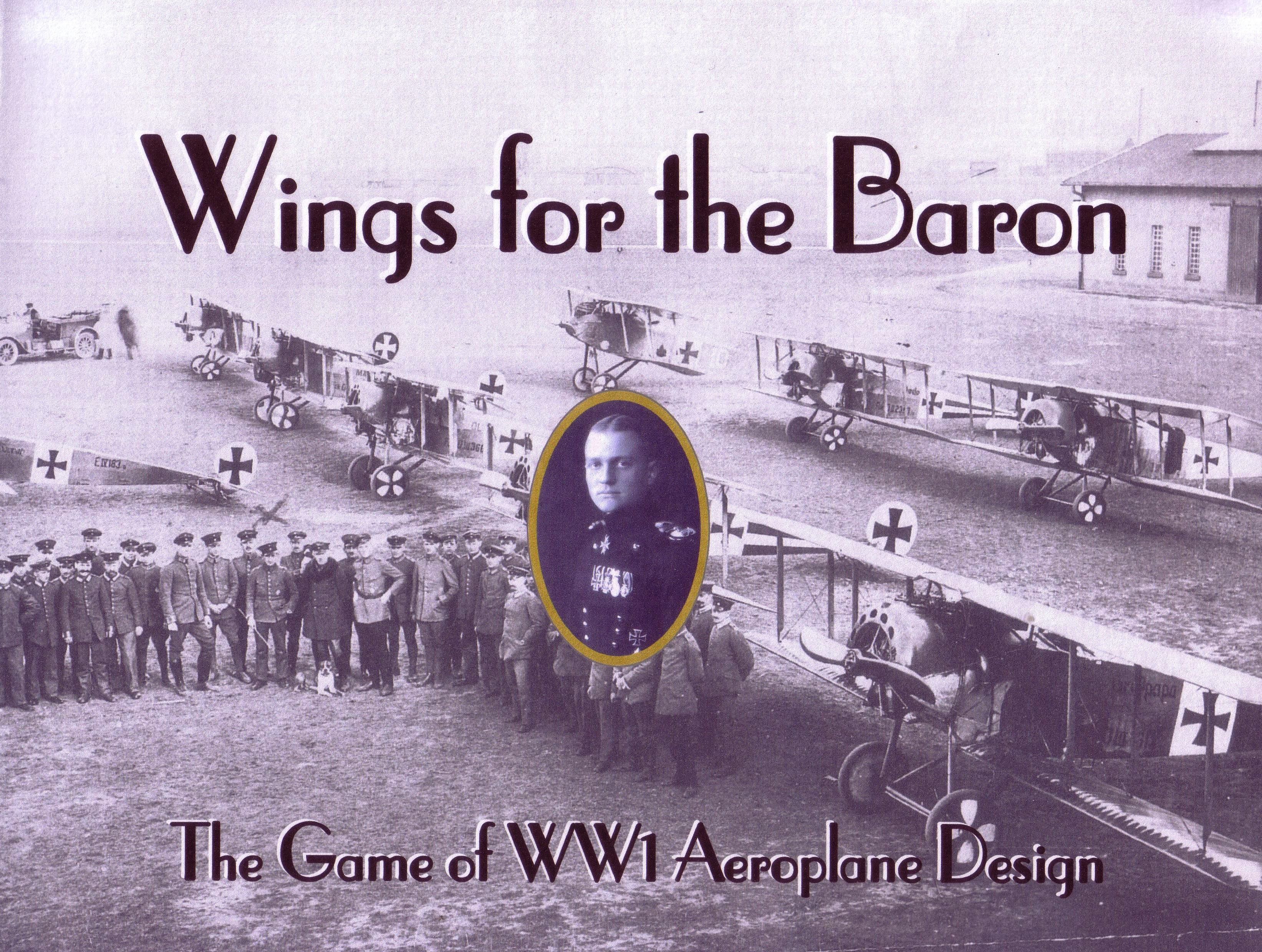 Wings for the Baron is a game of designing and manufacturing World War I aeroplanes. It uses cards to represent the various aeroplane technnologies and random events of the period. The mechanics are simple: each turn, the players secretly choose two actions to perform: Build (to construct factories), Spy (to acquire other players' technologies, Design (to construct a new type of aeroplane), Research (to get more cards), or Bank (to protect assets from inflation). Since selection is simultaneous and the actions are quick to resolve there is very little downtime. After resolving actions, the players are awarded points based on the quality of their aeroplane design and their industrial capacity; then a War Status card is drawn to randomly affect the progress of the war. The game ends when the war does, so timing and efficiently using your actions are important factors in victory. The game typically lasts about 30 minutes. Wings for the Baron is available from the designer at the game's web site. Compared to the playtest version, previously distributed for free, this desktop-published game has rules edited for clarity, ten pages of historical notes, more easily distinguished colors, and fully-illustrated cards.