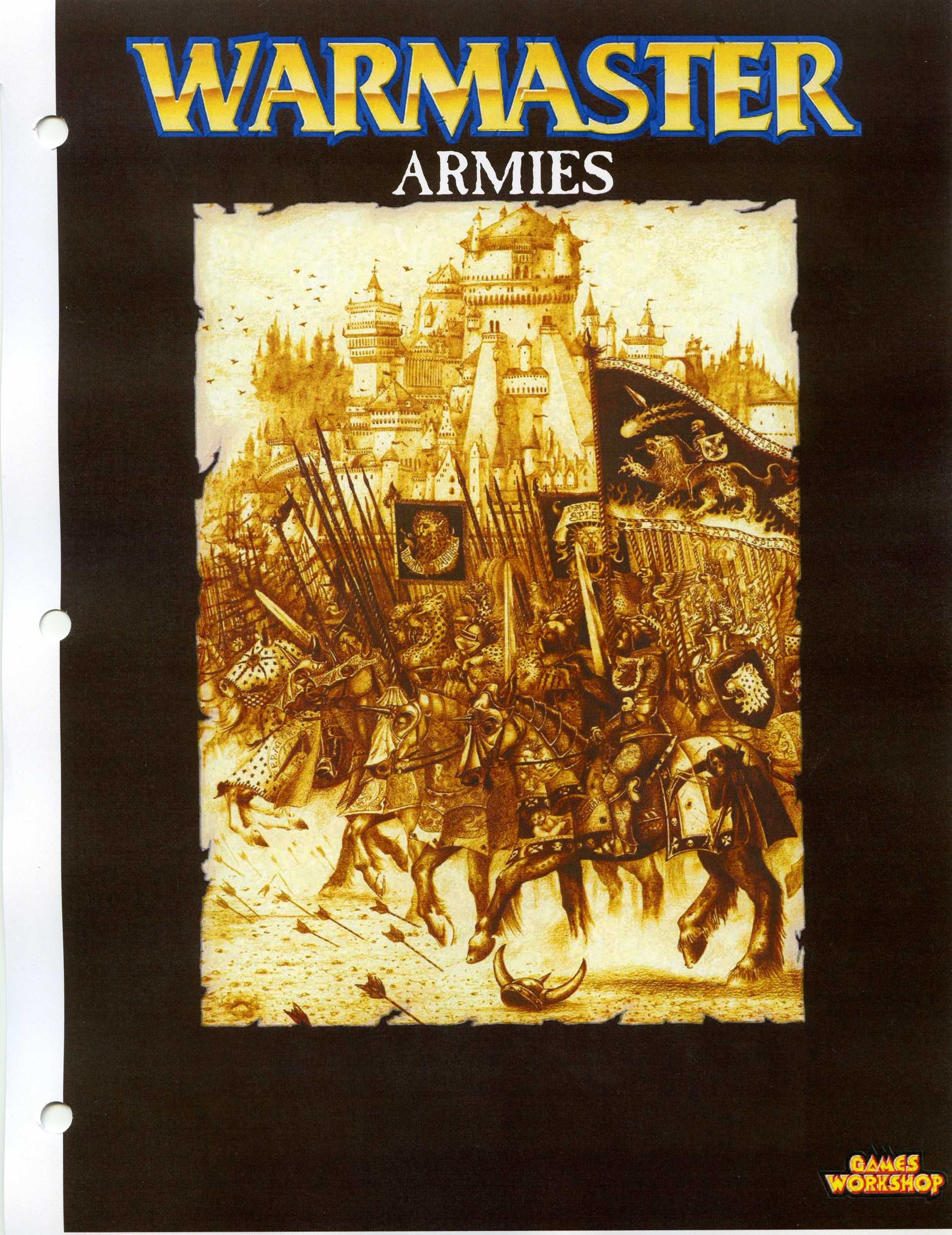 Expansion for Warmaster Warmaster Armies by Rick Priestley was published in 2006 as an expansion and clarification for Warmaster, Games Workshop's 10-15mm fantasy miniatures game. This expansion gives 14 new, complete, and official army lists. These lists include updates on the races and nations included in the original Warmaster book, as well as making some lists that had appeared in various GW magazines "official." In making the step to being "official" it also shows they have been play-tested and are, for the most part, balanced. A brand new list, Araby, with magic carpets and genies, is also included. This list is superior in its presentation of the individual army rules. Both army composition rules and rules for play, are boiled down to a single page for each race and nation. Each race's spells are also presented. Armies included are: Empire (human) Tomb Kings (undead) Chaos Orc High Elf Dwarf Skaven Lizardman Bretonnia (human) Kislev (human) Dark Elf Vampire Count (undead) Daemon Araby This book was made available for free as a downloadable pdf. It looks like GW originally planned to print it, based on the b/w interiors rather than color, but went the online route instead.