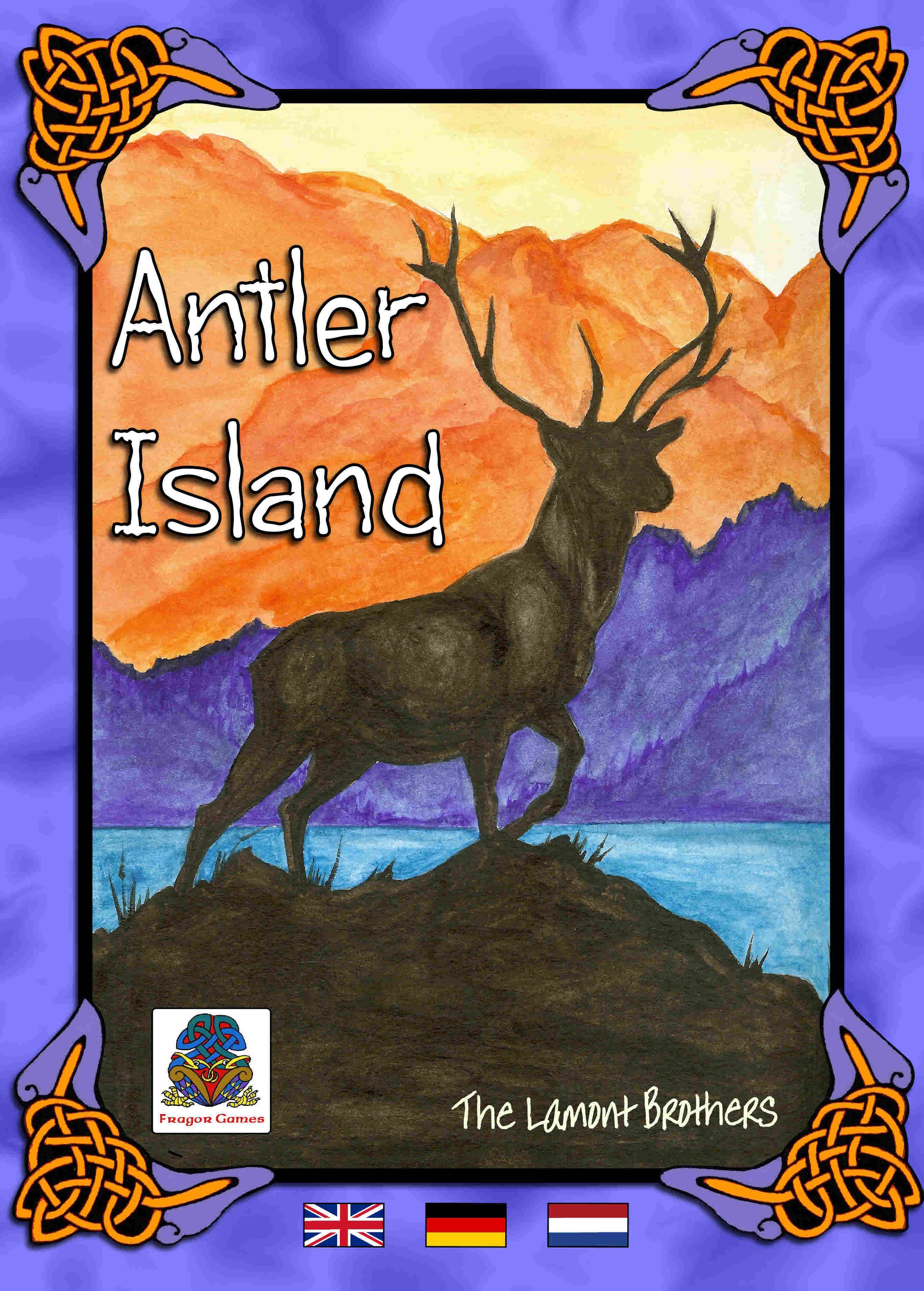 Players take part in the stag rut on a Scottish island. Each player plays a stag interested in food, fighting and, of course, the opposite sex. The object of the game is to be the stag who has kissed the most doeples and outperformed rivals in head-to-head combat! Who will finish as the dominant stag ? The game is medium-lightweight and comes with a quick start-up guide to allow easy play. It is deep enough to offer meaningful decisions and challenges to gamers while still being accessible to non-gamers. Fragor's Essen release for 2007.