Rails Through the Rockies - Universal Statistics 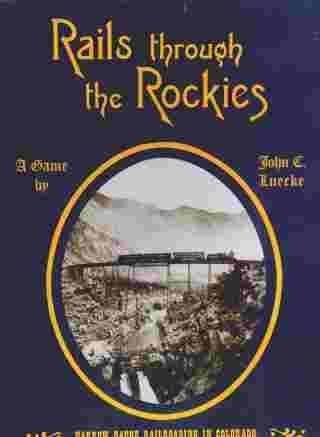 Railroad game on track construction in Colorado. The emphasis is on finding the fastest and most profitable route from the eastern states to Grand Junction. Money to build is earned by creating a rail network to cities, towns and mines, with the mining being rather abstract(mines open and close as random events). Players must worry about the details of track types, passes and tunnels. In addition, there is an events deck which has a large effect on play. As there are really only about three good ways through the mountains, this is the optimal number of players. In 1995 Winsome Games released Rocky Mountain Rails as an expansion kit to the game. Expanded by: Rocky Mountain Rails